Jesse and Henry square off as Zack frames up. #BatmanvSuperman #UltimateEdition @BatmanvSuperman
A photo posted by Clay Enos (@clayenos) on Jun 16, 2016 at 9:20am PDT

Photographer Clay Enos has posted this awesome behind the scenes pic from the set of Batman v Superman, ahead of the Ultimate Edition's release.

The studio then shared a preview of the interview with Henry, included in the special features.

Today we also found out that special screenings of the extended version are happening. Australian distributor Village Roadshow has a contest to win tickets to their special events (via @antovolk). 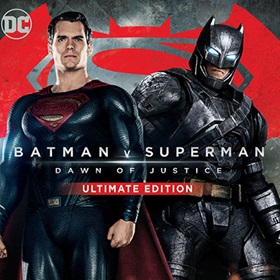 When Zack Snyder’s Batman v Superman: Dawn of Justice comes to home entertainment it will arrive with an Ultimate Edition, an extended cut of the film, which includes an extra 30 minutes of story and action not seen in cinemas.

To celebrate, we will be hosting two special Superfan screenings, one in Sydney (28 June), and one in Melbourne (29 June). These will be the ONLY chances to see this version of the movie on the big screen. Enter your details for your chance to win, not to mention total bragging rights...

More news on additional screenings as we get it!

UPDATE: A sweet update from the Justice League set. Thanks Cyborg!

The Cupcake League made an appearance today. I was rolling when I saw the full-body Cyborg😂😂😂 #BORGLIFE #JusticeLeague
A photo posted by Ray Fisher (@rehsifyar) on Jun 16, 2016 at 11:25am PDT

Email ThisBlogThis!Share to TwitterShare to FacebookShare to Pinterest
Labels: Batman v Superman, Behind The Scenes, Promo