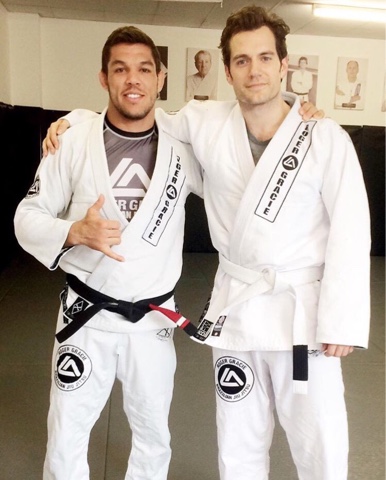 charlesnegromonte: "Superman getting ready to apply some Jiu-jitsu in the next film."

Henry has been training for Justice League at Roger Gracie's Academy in London, and today one of their instructors posted this pic with Supes (who looks like he's kicking some major butt). Henry posted a pic from there last week after Gracie also shared some photos. The big question of course, is how the moves Henry is learning will be incorporated into the story. November 17, 2017 can't get here soon enough.

Thanks to @JesabelRaay.
Posted by Blog Administrator