"He Took His Time Signing Down The Carpet, Really Chatty" 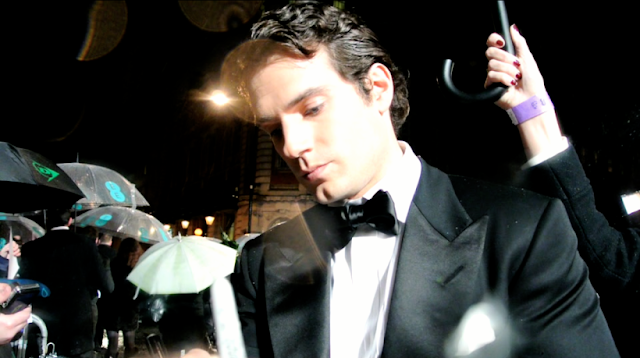 It remains to be seen whether Henry will walk the red carpet during awards season this year.

In the meantime here's a flashback pic from the 2013 BAFTA Awards, shared by Amanda on her blog today.


It came with a brief commentary on her experience, after meeting him that night:

"I had so many good photos of Henry Cavill it was hard to choose, he took his time signing down the carpet and was really chatty. I promise, even if he does look moody in this one."


Read the rest of Amanda's fun write-up, that includes a look at Ben Affleck and Amy Adams on the red carpet.

Hopefully we don't have to wait too long, before we see Henry looking dapper in his suit or tux as he wows the crowd.

Catch everything else from the 2013 BAFTAs in our gallery.

Thanks Amanda!
Posted by Blog Administrator