Aside from my fashionable nipple attachments this didn't feel so bad. Turns out that behind me is a 1980ft almost sheer drop. I say "turns out" but my adrenaline was extremely aware of it at the time! Seriously though, I am so appreciative of all the incredible places that this movie has taken me and all of the wild and wonderful things that it has asked me to do. #MI6 #MoustacheImpossible #Norway
A post shared by Henry Cavill (@henrycavill) on Nov 9, 2017 at 3:09am PST

One day he's Superman, the next he's flying high for Mission: Impossible 6.

Henry's latest Instagram post confirms he's in Norway, filming at the world-famous Pulpit Rock. It's the same location from where director Chris McQuarrie asked him to join the film back in March.

The M:I6 cast and crew are only scheduled to be there for a few days, with filming set to wrap today... which is a good thing since the Justice League world premiere is coming up on Monday. 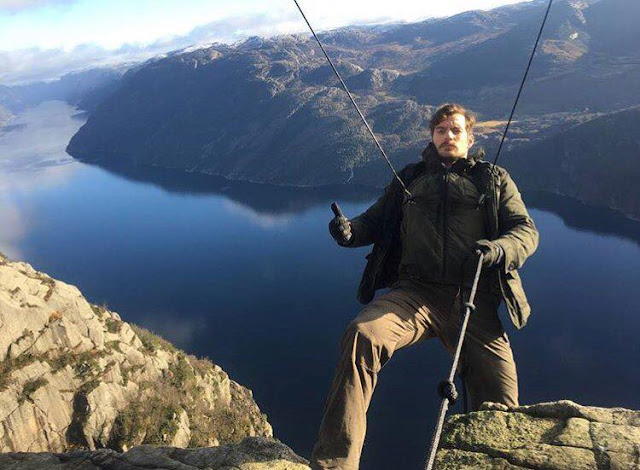 "Thanks for filming in Norway Christopher McQuarrie, Tom Cruise, Henry Cavill and the entire #MI6 crew! You are always welcome to hang out in the fjords."

These news reports have the latest video from the set, and below McQuarrie posted a photo of cinematographer Rob Hardy. Catch up on everything from Norway.


UPDATE: It's officially a wrap in Norway!


From the entire #MI6 crew, our sincerest heartfelt appreciation to the people of #Norway for sharing the unparalleled beauty of your home with us. Tusen takk.
A post shared by Christopher McQuarrie (@christophermcquarrie) on Nov 9, 2017 at 10:54am PST


"We're done filming, and are thrilled" wrote Amanda Brand in a press release to NRK. According to their report, filming involved Tom Cruise climbing to the edge of the Preikestolen. Strong winds delayed filming on Tuesday, but by Wednesday the cast and crew had resumed filming. NRK says that for several hours, Tom climbed up and down the steep mountain wall, with another person climbing occasionally with him (Henry, we're guessing). The news site adds that the two used handles bolted to the mountain wall, and hung in a wire secured to the safety rig on the plateau. Here are their pics of  Henry, Tom and director Chris McQuarrie, as they wrapped up filming at Pulpit Rock. Mission: Impossible 6 is set for a July 27, 2018 release. 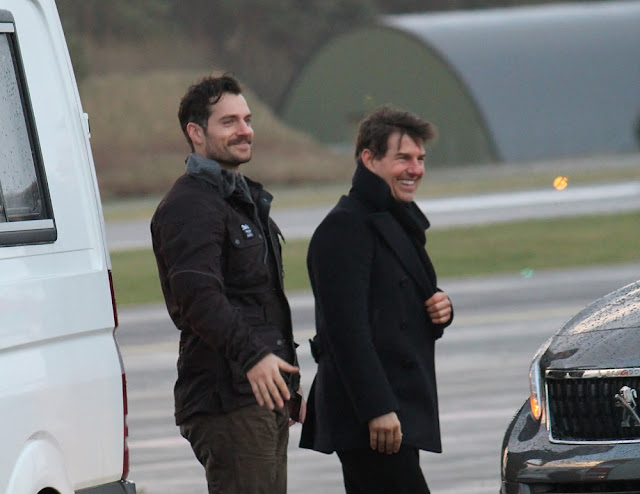 #HenryCavill leaving Norway with #TomCruise after a week of filming for #MissionImpossible6 pic.twitter.com/ABNAKZ4H7d
— I have really nothing funny to write (@TVMaury) November 10, 2017 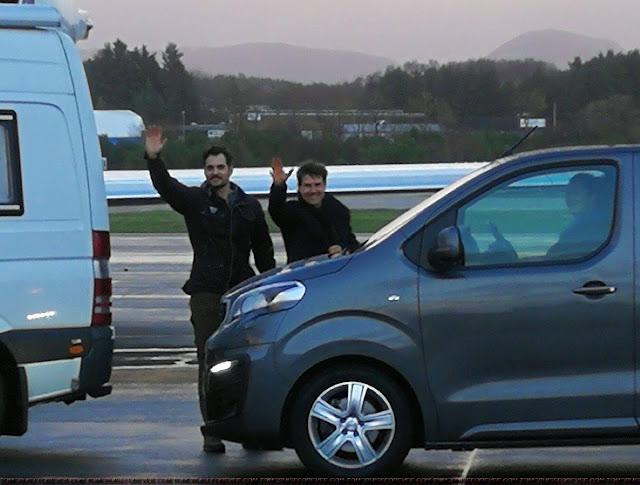 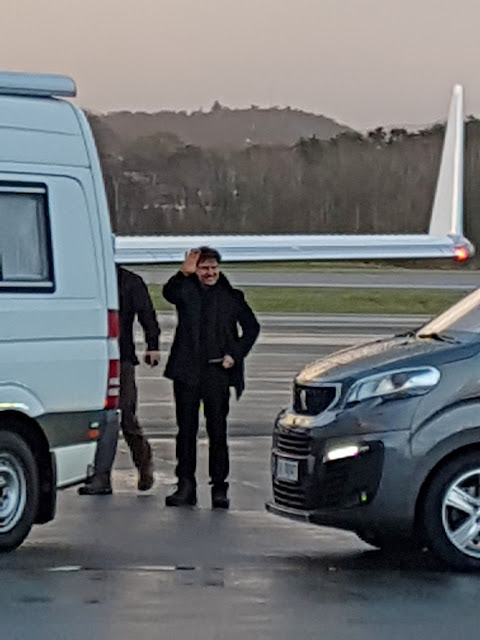 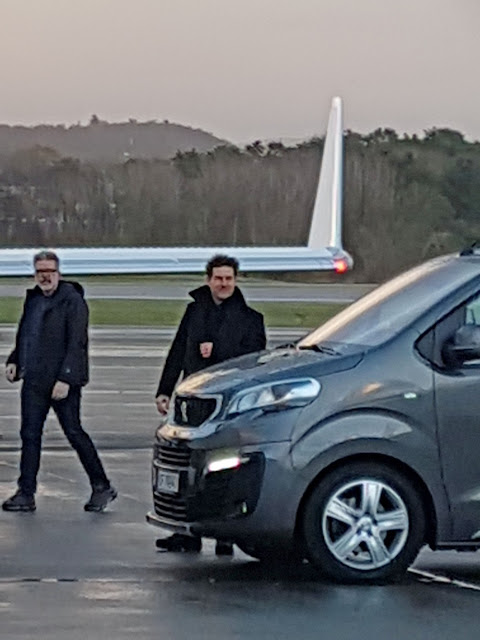 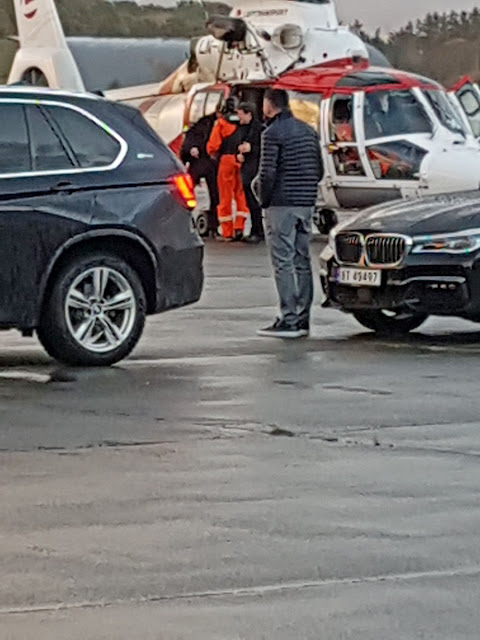 All Images: NRK, via
Posted by Blog Administrator