Mission: Impossible 6 director Chris McQuarrie has been pretty quiet on Twitter lately, but he continues sharing production updates on his Instagram.

Today he posted a new photo of actor Simon Pegg in front of a blue screen, with production seemingly resuming at the Warner Bros. Studios in Leavesden after filming wrapped in Norway earlier this month.


At the Justice League premiere, Henry mentioned he'd be back to work on M:I6 this week.

As far as the "Moustache: Impossible" goes, a few months ago McQuarrie explained why it really couldn't come off for Superman's reshoots:

"In exactly one year you’ll understand: The only way to keep a fake ‘stache on Henry Cavill would be a liberal dose of staples." 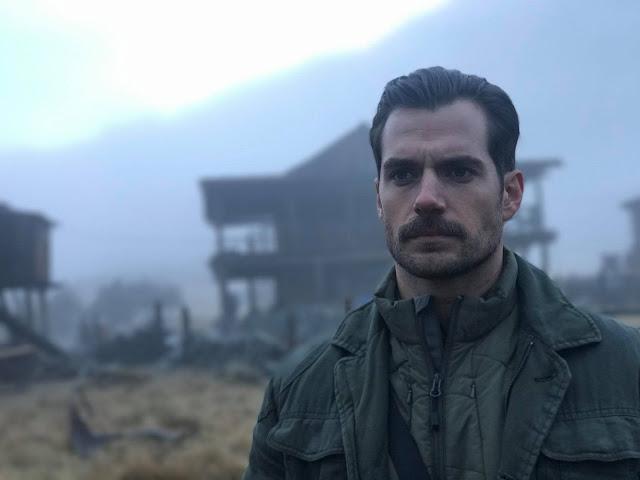 Henry went into a little more detail while talking to Empire (57:35) in London recently:


"On Mission 6... it would not be possible for me to glue a moustache on... due to the stuff that they have me doing. I mean, the moustache comes off anyway when you talk if you're wearing a fake moustache or beard (..) but the stuff I'm doing makes it impossible for a moustache to stay on. I mean, I mean literally impossible... my own hair practically (..) that wasn't even an option."

Just by looking at his latest set pic, you know those stunts are going to be badass!

Aside from my fashionable nipple attachments this didn't feel so bad. Turns out that behind me is a 1980ft almost sheer drop. I say "turns out" but my adrenaline was extremely aware of it at the time! Seriously though, I am so appreciative of all the incredible places that this movie has taken me and all of the wild and wonderful things that it has asked me to do. #MI6 #MoustacheImpossible #Norway
A post shared by Henry Cavill (@henrycavill) on Nov 9, 2017 at 3:09am PST

UPDATE (11/21): McQuarrie shared a new picture from the set, while a fan captured the setting.