Faster than a speeding bus! London press here we come! #JusticeLeague #London
A post shared by Henry Cavill (@henrycavill) on Nov 3, 2017 at 12:48am PDT


Two weeks from today, fans will FINALLY get to watch Justice League when the film hits theaters. The press junket begins today in London and the cast is ready! -- Look for the latest as we get it.


It looks like Supes teamed up with Wonder Woman for this interview, with Henry wearing his poppy ahead of Remembrance Day. 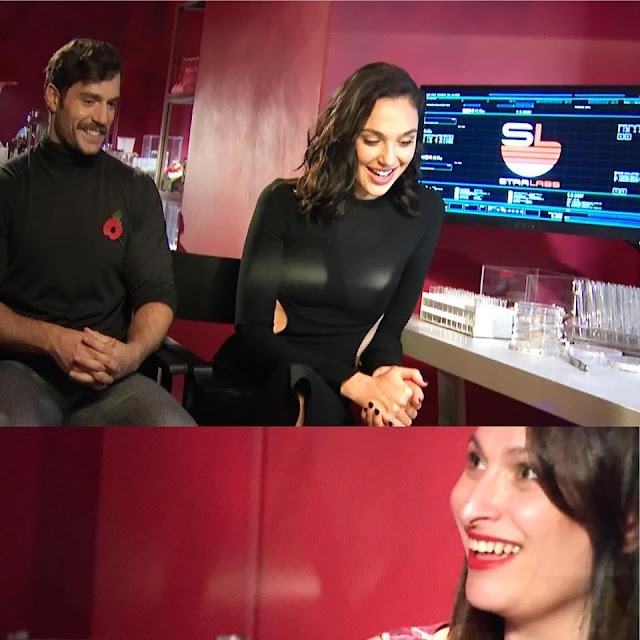 sarinabellissimo: "What are we looking at? I don’t know. But two nicer, humble “super heroes” you’d be hard pressed to meet. Interview coming soon." 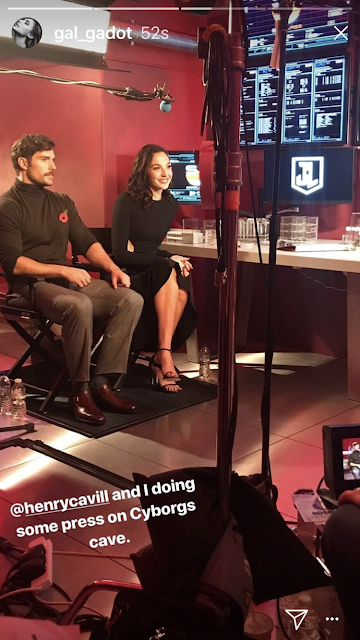 No words needed except here is my chat with the fab @GalGadot & #HenryCavill #JusticeLeague https://t.co/cc0aAvR46v
— Sarina Bellissimo (@SBellissimo) November 10, 2017

We knew some moustache action was brewing when this tweet popped up on our timeline...


We're hooking up with Henry Cavill and his infamous moustache later today. Send us your questions for Henry and his mo. #SuperMo #Movember pic.twitter.com/6DffMr8Qxm
— Movember UK (@MovemberUK) November 3, 2017


It's November so you know what that means - get those taches' out for @Movember. Mo sistas support your men (this is not my man, this is Superman @henrycavill but he has a lovely tache and also knows how important it is for men to face real issues) 👴🏼 (the only tache emoji is an old man fyi, men of all ages should grow taches!)
A post shared by thewhitmore (@thewhitmore) on Nov 3, 2017 at 11:13am PDT


That time last week I talked to Henry Cavill about his moustache and my hairy legs. As you can tell I don't always plan what I'm going to say... #Movember @movember #rubdown
A post shared by thewhitmore (@thewhitmore) on Nov 8, 2017 at 1:54am PST

The Justice League can save the world, but something's got them 'stumped'! Find it out on #NerolacCricketLive tonight only on Star Sports! pic.twitter.com/mAK1wmKCru
— Star Sports (@StarSportsIndia) November 7, 2017

When superheroes met the cricketing 🌍! The #JusticeLeague stars had a ball on #NerolacCricketLive! Watch below & stay tuned to Star Sports! pic.twitter.com/dkCiYdLmVp
— Star Sports (@StarSportsIndia) November 7, 2017

Just wrapped up on our first day of press in London. As you can see here, I spent most of it in Star Labs which is basically the same as my PC gaming set up at home.... #JusticeLeague #London
A post shared by Henry Cavill (@henrycavill) on Nov 3, 2017 at 9:54am PDT

Will Superman be the one to finally return moustaches to facial fashion? https://t.co/XgqpMBxdEk
— JOE.ie (@JOEdotie) November 12, 2017


Who would these superheroes take on a mission?.. they tell Paris Match.