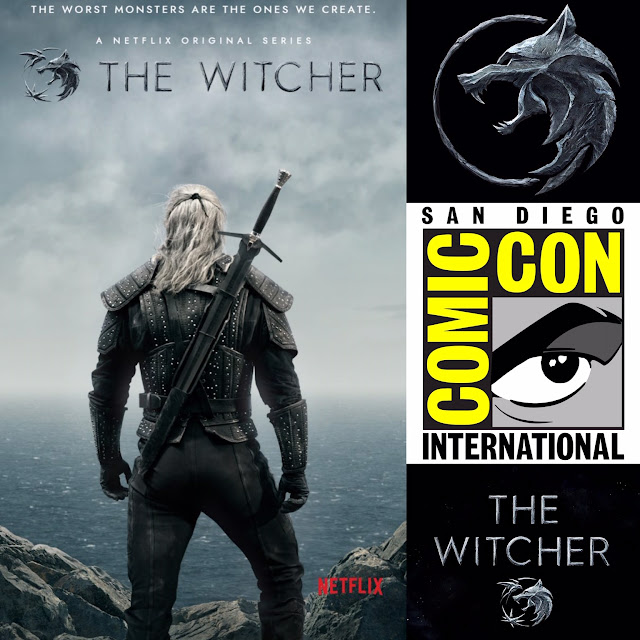 
Geralt of Rivia is ready to take on the monster crowds at Hall H!

We're just one week away from The Witcher panel at Comic-Con and Netflix is bringing fans a preview of the highly anticipated series premiering this fall on the streaming giant.

Based on the best-selling fantasy series of books, THE WITCHER is an epic tale of fate and family. Be among the first to get the exclusive scoop on the highly anticipated new Netflix original series centering around famed monster hunter, Geralt of Rivia. Be introduced to the world of The Continent, where humans, elves, witchers, gnomes, and monsters battle to survive and thrive, and where good and evil is not easily identified.

Netflix gave us a first look at Geralt, Yennefer and Ciri earlier this month. Now Henry, Anya Chalotra, Freya Allan and showrunner Lauren S. Hissrich will soon be headed to San Diego, to hopefully share a sneak peek from season 1.

We'll be at Comic-Con to bring you full coverage on everything The Witcher. You can also follow the Netflix series on its social media (Twitter // Instagram //Facebook) for the very latest from SDCC.
Posted by Blog Administrator