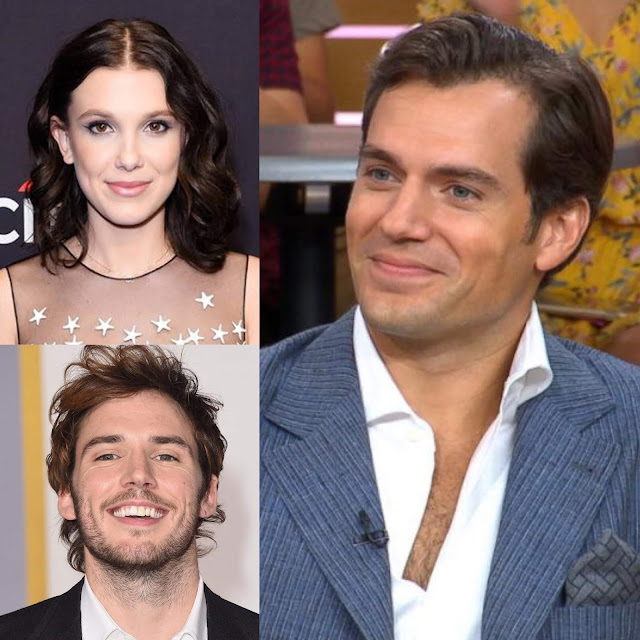 It's been an exciting start to the month of July, with The Witcher news galore. Now we have casting news from Henry's other big project!

Deadline is reporting that Sam Claflin has joined the cast of Enola Holmes that's set to start filming in London this month. He'll be joining Henry, Millie Bobby Brown, Helena Bonham Carter, Fiona Shaw and Adeel Akhtar in the movie based on The Enola Holmes Mysteries books series by Nancy Springer.

Get ready to watch Henry bring his version of  Sherlock Holmes to the big screen!

Look for the latest news on Enola Holmes as it comes in.


One of my Twitter friends has come up with a hashtag -- #handsomestHolmesbrosever.  Henry Cavill as Sherlock and Sam Claflin as Mycroft --  I would never have imagined!  #EnolaHolmes #movie #writer #awed pic.twitter.com/VAeef1oamw
— Nancy Springer (@NancySpringer) July 3, 2019