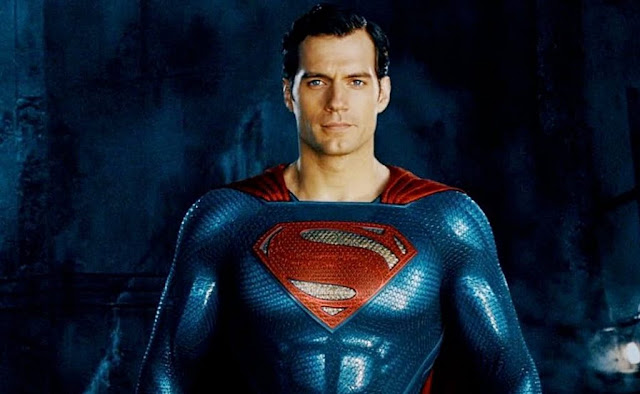 
It's been almost a year since Henry's manager denied a report that he was out as Supes and Henry's cryptic post afterwards. Now Mission: Impossible Fallout director Chris McQuarrie is shedding some light on what could have been, after revealing that he pitched a Superman project with Henry to Warner Bros. 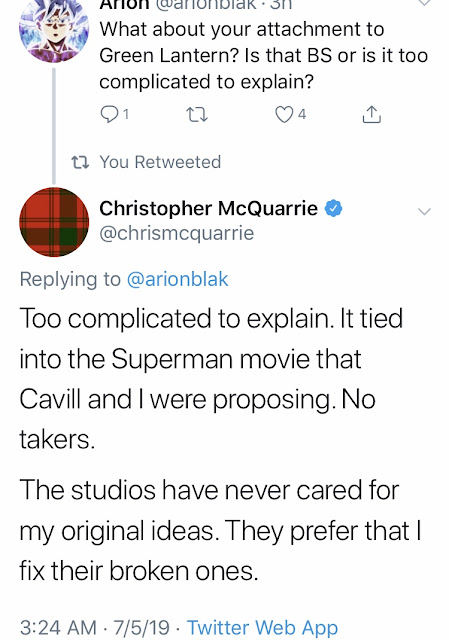 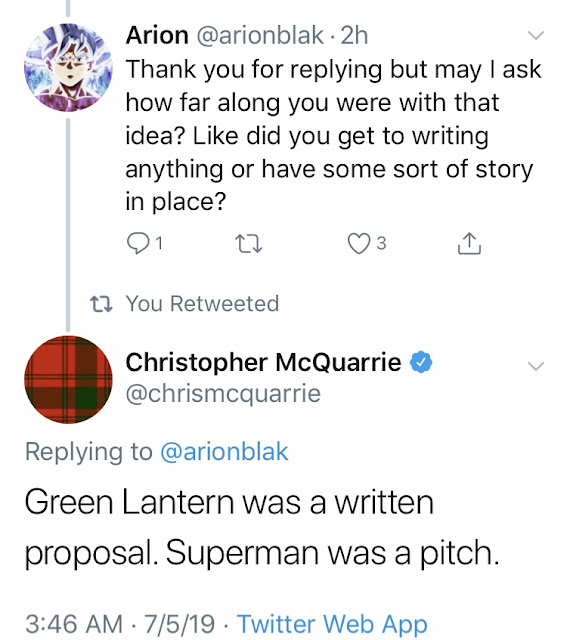 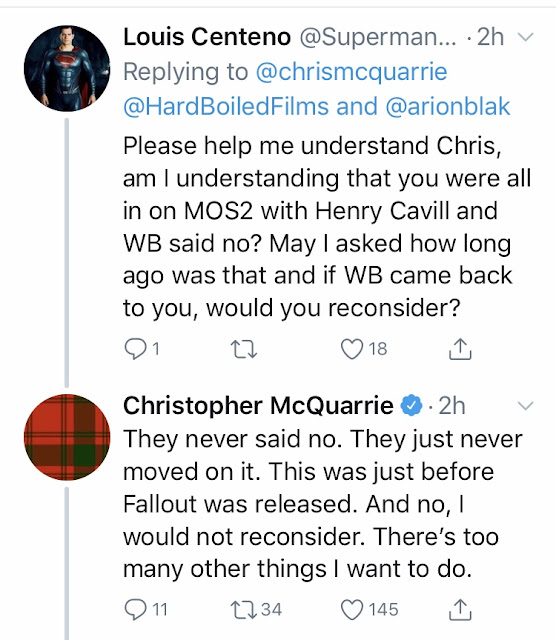 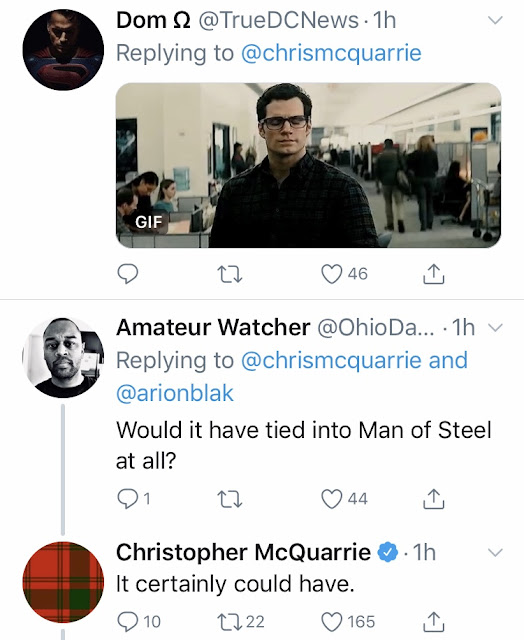 That's a tough pill to swallow. While talking to Collider after a screening of M:I Fallout in L.A. last fall, McQuarrie mentioned how his possible involvement in a Superman project came about:

A version of Supes that the studio was apparently not ready to approve back then. However under new management... Hope never dies.
Posted by Blog Administrator