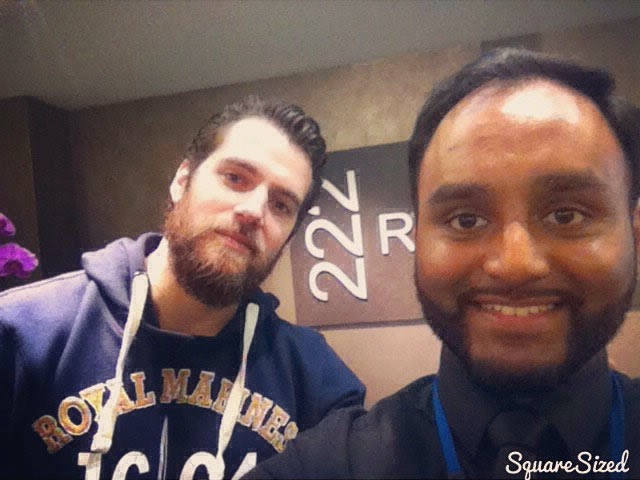 obz__choudhury ran into Henry in London today: "Selfie with the one and only Henry Cavill.. such a humble guy."

We hope Henry is enjoying his 32nd birthday to the max, because he has one busy year ahead! (Stratton filming, Batman v Superman promo, The Man from U.N.C.L.E. release).

Henry has been wearing his RMCTF hoodie, while he prepares to start filming Stratton in the coming days. Today, author Duncan Falconer had this awesome update:

I took Henry pistol shooting last week. We went to a secret location in England where the SAS and SBS occasionally drop by to brush up on their speed skills. Henry's an excellent shot for such a short period of training. His instructor is one of the best in the business. We put down a lot of rounds and used the famous Red Dot sight used by UK and US SF and, incidentally, patented by Henry's instructor. So when you see the movie, pay particular attention to the way he holds the pistol and fires and you might notice the subtle but critical difference between a professional and someone pretending to be!

We're standing by to bring you filming updates as we get them!

In the meantime, don't miss our birthday surprise for Henry (made with your help), and his message for you before leaving Jersey. Much more to come.