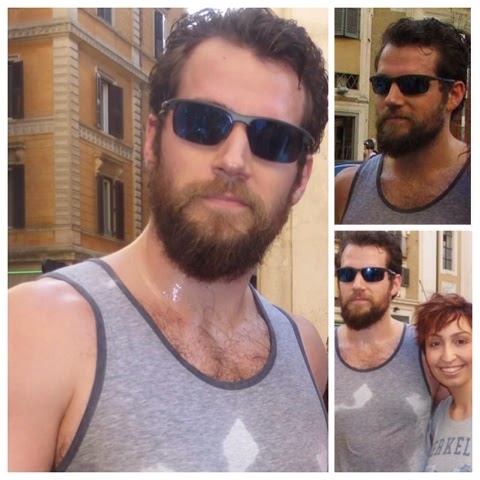 Showbiz spot of the Day: I think Henry Cavill (Superman) just jogged past me. No cape, no big S on his thsirt but I'm sure it was him!
— Andi Peters (@andipeters) May 13, 2015


Trainer Michael Blevins told us (at about 4:10) that Henry doesn't really take a fitness break in between films, and lately we've been seeing that in fan pics and reports. Last weekend several lucky fans caught up with Henry, as he returned from a jog while promoting The Man from U.N.C.L.E. in Rome. Today TV journalist, Andi Peters said he saw him working out in London (UPDATE: Henry was later spotted again). We really admire Henry's dedication to stay fit as he prepares to film Stratton, in which he'll play a British military operative. And in no time he'll be back to training for Supes in Justice League. You're a real inspiration, Henry. Keep up the good work!