London: The Man From U.N.C.L.E. At Somerset House

You don't have to ask us twice, Solo!

The Somerset House has just announced its summer screening lineup, and it includes what they're calling the "People's Premiere" of The Man from U.N.C.L.E.

Here are the details:

An exciting early opportunity to enjoy one of the most eagerly-anticipated films of the summer, as director Guy Ritchie brings the supercharged style of his hit Sherlock Holmes films to this fresh take on the popular 1960s television series. Henry Cavill is CIA agent Napoleon Solo and Armie Hammer is KGB man Illya Kuryakin, two arch-enemies who must put aside longstanding hostilities and embark on a joint mission to prevent a worldwide catastrophe. Perfect period production design and a cast with real chemistry (Hugh Grant, Jared Harris and Alicia Vikander from Ex_Machina also star) ensure that this hugely entertaining spy-high People’s Premiere generates genuine Cold War heat.

Film4 Summer Screen at Somerset House is back this August for 14 nights of classic, classic, cult and contemporary films, plus new premieres will feature on London’s largest outdoor screen with full surround sound in the spectacular neoclassical setting of Somerset House.

(..) As the sun sets, live DJs will create a soundtrack inspired by the upcoming film as cinema-goers can chill out in the courtyard with picnics and drinks. Selected screenings will also be specially introduced by the film's stars and directors.


There is no word on whether Henry will attend this particular screening, but we'll keep you posted. You can find additional information on what to expect on the Somerset House site. The release also mentioned the film's official running time as 117 minutes.. which means almost 2 full hours of sexy Solo time ;) 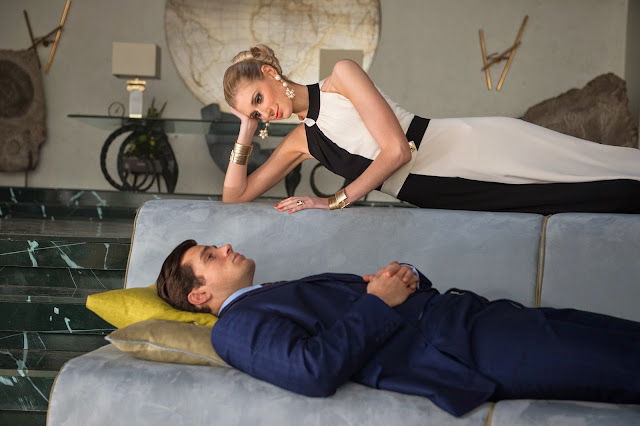 Don't miss all the hotness from Rome, where Henry and his costars just finished promoting The Man from U.N.C.L.E. - And watch this space for the very latest, as we get closer to the film's August 14 release (U.S./UK).
Posted by Blog Administrator