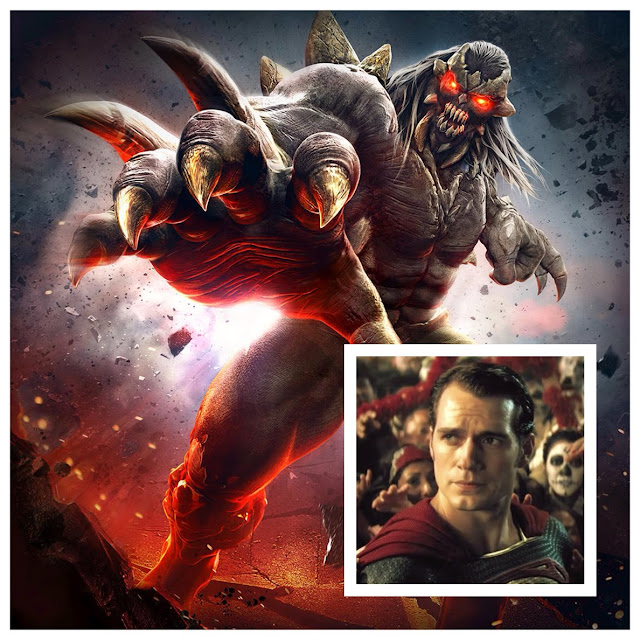 You know we love speculating when it comes to Henry's films. The more the better! - But if in May of 2015 you're still wondering if Doomsday is going to be in Batman v Superman..

The "rumor" was reignited a few days ago, when Latino Review's Umberto Gonzalez mentioned it on a podcast. Today news sites like ABC News (which actually did a great job giving a Doomsday refresher) and The Huffington Post had gone with the story.. yet again.

But really, had they been following what Henry has been saying since before Batman v Superman even started filming, they could have come to that conclusion A LOT sooner.

Henry and director Zack Snyder, both mentioned Doomsday back in June of 2013 ahead of the Man of Steel premiere..


Henry mentioned him again, while promoting the Man of Steel DVD in December of 2013..


By then, we just knew.. and we brought it up in June of 2014 -- when The Wrap's Jeff Sneider jumped ahead to Justice League's potential bad guy. Bleeding Cool had their own scoop a month later that forced us to get into the potential ugly details of what could be ahead.

So yes internet, Doomsday is on the way! -- Now we want a peek at the monster who we're sure to end up booing when Batman v Superman arrives in a little bit more than 10 MONTHS FROM NOW!!!!