Author Addresses Henry's Exit From Stratton, Speaks Of His Integrity 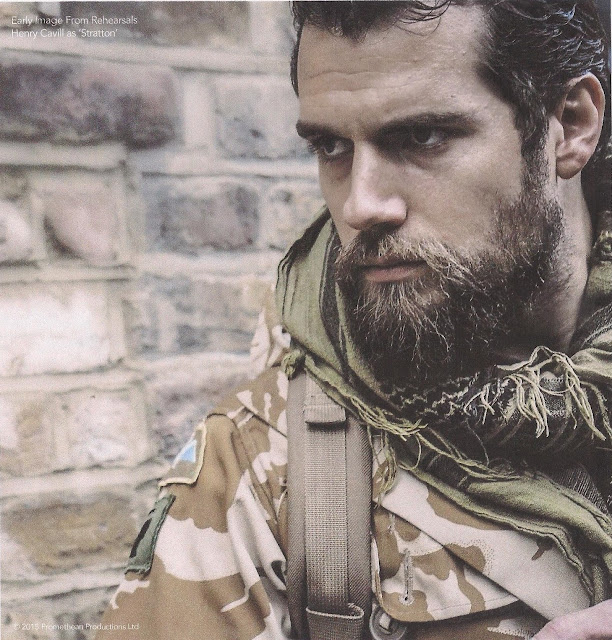 A week after Henry and GFM Films parted ways due to reported creative differences over the Stratton script, author and screenwriter Duncan Falconer has seemingly sided with Henry:

In order to dispel certain misguided criticisms, I'd like to be clear that Henry and I are still good friends and we do communicate. He has always been, and remains, one of the most upstanding and correct individuals I have met in civvy street, and he is certainly a rare treat in the film business I can tell you. His integrity runs very deep indeed. In my opinion, he has been faultless in this project and an utter pleasure to work with. The project hit a serious bump in the road. I cannot even hint at the reasons, which I am sure you can understand. It's my firm belief that 'Stratton' is not over. There are just a few prickly hedges to cut down.

The author made the statement on his Facebook page, where up until last week he had been sharing updates on the project. Henry has not spoken publicly on the matter.

As we've said before, we fully support Henry in whatever decision he makes in his career because just like Falconer mentioned.. his integrity shines through.

We're with you whatever comes next!

Henry, you are a truly extraordinary man in a business full of ordinary people. May your star continue to shine, 💘💘! https://t.co/Smxik9Oqdd
— Rosa (@Rosa04) June 4, 2015

@HenryCavillNews Love and respect Duncan for his words. Henry is one of the good guys. Wishing both of them the best. <3!
— Lisa Eise (@summerwind16) June 4, 2015