Henry On His Love For Italian Food, Vespas, Playing A 'Resentful Secret Agent' 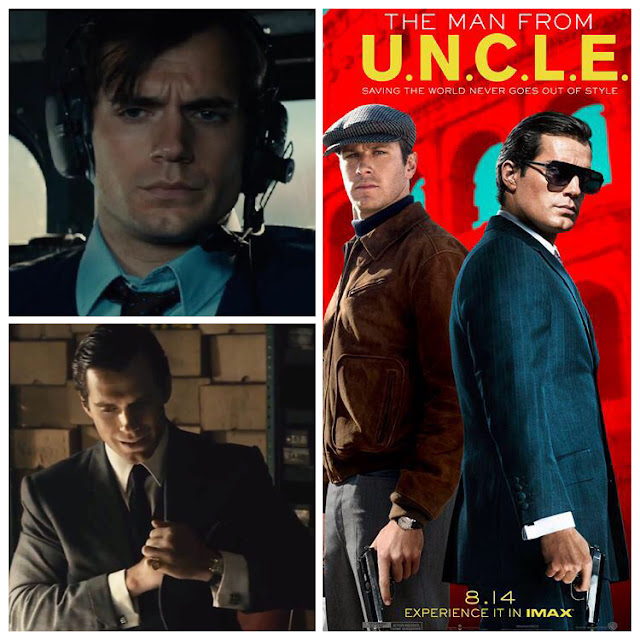 To say this has been an exciting week would be an understatement. As the August 14 release of The Man from U.N.C.L.E. draws near, we just got a new trailer that highlights what we can expect: thrilling action scenes, a blooming bromance, and plenty of funny moments!

Film.it had a chance to exclusively chat with Henry, during their set visit at the Leavesden Studios outside of London and they've just published their interview in conjunction with that trailer release. Rebecca was kind enough to do the translation for us, and as you'll see it's a must-read interview filled with some really cool details. 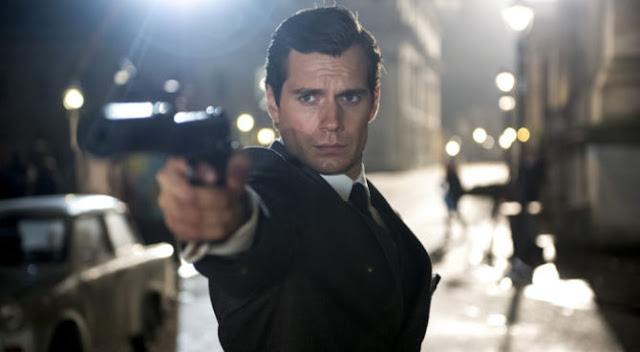 HENRY CAVILL SUPERMAN ON A VESPA: " THIS TIME THE ACTION IS IN ROME "

Exclusive interview with the British star on the set of Operation U.N.C.L.E (the film is titled Operazione U.N.C.L.E. in Italy).

Henry Cavill has the courage to look us in the face when we meet him on the set of Operation U.N.C.L.E, it is a feeling that almost makes us feel omnipotent: to have Superman there in front of us totally helpless. "I shot most of the film in Italy. Unfortunately, I am going to tell you, obviously: how much I miss your food! Filming in the centre of Rome means you can take advantage of the restaurants which are everywhere. One thing that can literally turn around your day." 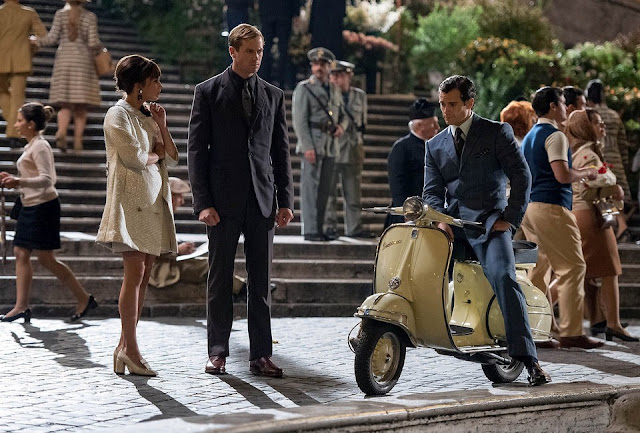 Cavill, Hammer and Alicia Vikander on the Piazza di Spagna

Okay, we pause from pizza, pasta and mandolin and talk instead of another Italian reality: the Vespa that we see you driving in the Piazza di Spagna... Ah, the Vespa is beautiful, I have to make a confession here: I do not own one, I'm not too sure of my driving style and let alone would I ride with Armie Hammer in the driver's seat!

Operation U.N.C.L.E. is taken from a famous TV series (UNCLE), aired in the sixties. Did you see the show to prepare for the film?

No on the contrary, I tried to avoid it but I rather say it is a great series. As an actor it's not nice to try to imitate some colleagues, what you do instead, is search for your own perspective.

This set full of action scenes, after playing Superman twice do you feel a veteran when it comes to action?

Sure it is easier, you are used to the action and since you've done it before it gives you more awareness on physical work. You have to know how to move and where you should go. Even for Armie Hammer it was well after he starred in The Lone Ranger. 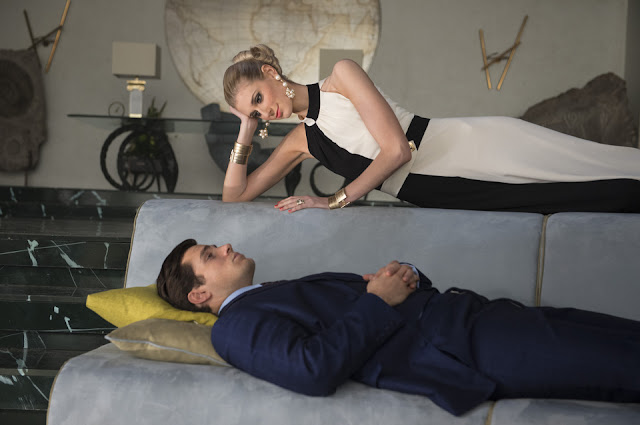 In the lair of the serpent, Cavill and his nemesis, Elizabeth Debicki

I thought it would be more difficult to move around in this role where you're always dressed in a suit and tie and elegant shoes...

It is, but shall I tell you a secret: our costume designer has created clothes that stretch more than usual!

Your character's name is Napoleon Solo, one of those names that have already won from the start...

Yes but it's not just the name. Napoleon does not like to be a hero: He was once a thief. The CIA forced him to become one of them. So I would call him a resentful secret agent. He would like to enjoy life rather than go into action.

So on the one hand there is your character who does not like his job, and on the other Armie Hammer, a Russian who instead was born to be a spy...

That friction is one of the themes of the movie which also triggers the humour. We pick at each other throughout the film but gradually we become a team.

About the style and character of the setting in the sixties. Didn't you feel like keeping a watch or some other items for yourself?

Well, I say that I am a thief only in the movie, off the set it's illegal! It's nice to dress in this way, a little vintage, but certainly I can not go around dressed like that, in short, look at my jacket ...I have cuffs!

I must ask about the secret weapons of your character. Usually in these films it will be filled with gadgets with which to face the bad guys. What was your favourite?

A paper clip. And I guess now you want to know why I need it in the film. I will not tell you anything, you have to wait! 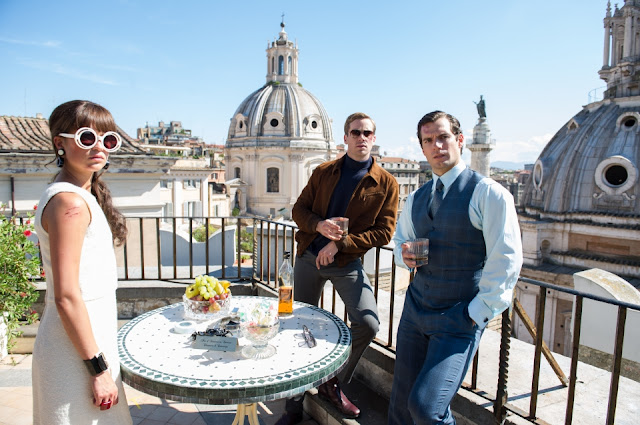 Film.it also talked with director Guy Ritchie, and got to watch Henry film this scene that was recently explained on Entertainment Weekly.

"Film.it is at the Leavesden Studios, thirty kilometers outside of London (..) suddenly we find ourselves in a corner of East Berlin in the late sixties. On this night (the filming takes place from midnight to four am), Henry Cavill is in the rain on a kind of tower built specifically for the scene that is going to take place. It involves a cable and a slide down along with Alicia Vikander. No stuntmen, they are the ones who perform the stunt. The scene is repeated dozens of times. (..)

On the big screen, we will see a CIA agent forced to team up with a Russian spy and recruit a young woman in East Berlin that will help them thwart the doomsday plans of the bad guy. "It's a spy film with action and many gadgets, but we do not want to be too similar to Bond - says Ritchie when you finally meet him during a short break on the set - I do not go crazy about 007 today, because no one has been able to recreate the charisma of Sean Connery."

Their interview with Ritchie ends, with them mentioning they shared a cup of coffee with Solo (jealous).

Finally, Alicia Vikander revealed some exclusive details as well, and talked about working with Henry on that cable scene:

"As soon as I finish talking to you I have to shoot a very important scene in which I'll slide down a cable." Fear? "No, I keep close to Henry Cavill, the Man of Steel himself. "

Wouldn't we all want to trade places with her..