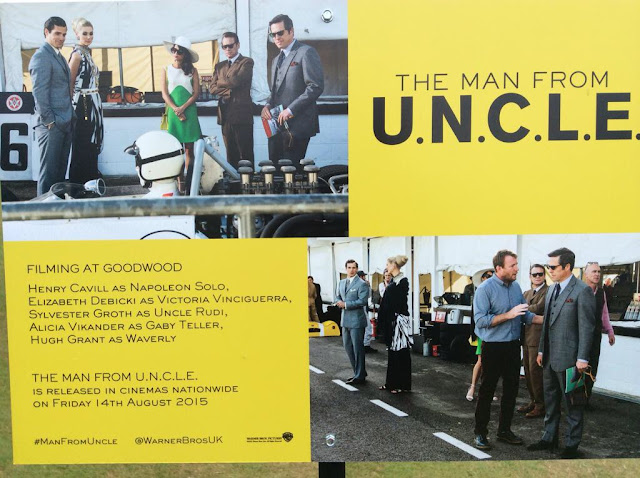 
A stylish Solo is making an appearance at the Festival of Speed at Goodwood (UK) this weekend. 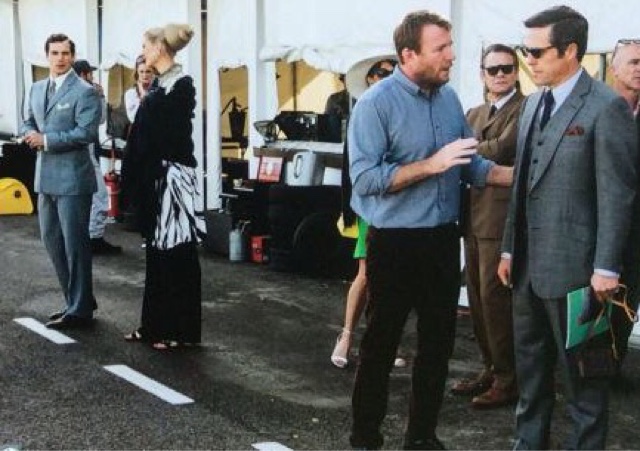 As you can see in the pictures, which include a new behind the scenes still with Henry -- the circuit served as a set for The Man from U.N.C.L.E. back in the fall of 2013. Some of the cars used in the film are also on display. In fact the two cars in that photo, take center stage in a really cool action scene in U.N.C.L.E.'s first trailer.

As for those vintage Vespas, check out Henry rehearsing on one of them, while filming in Rome. Goodwood was also the place where Henry was photographed for a new interview, and this weekend fans in the UK had a chance to pick up a free copy of Goodwood magazine from Picturehouse Cinemas.

We've got FREE copies of the Goodwood Summer Mag to give away in our sites this weekend. First come first served. pic.twitter.com/ugQAhgJyj8
— Picturehouse Cinemas (@picturehouses) June 27, 2015


You don't want to miss the hot pics from that shoot and the fun interview with Henry. Fans in the UK also have a chance to win tickets to the People's Premiere of The Man from U.N.C.L.E. at Somerset House on August 7. Thank you to Rebecca, who saw the ad for the contest on TV there and let us know about it. We're so excited to see promotion for the film now popping up all over the place, including this piece in Italy (at about 31 minutes into the show).

And you are as excited as we are! -- Look for the latest updates as they come in.

Email ThisBlogThis!Share to TwitterShare to FacebookShare to Pinterest
Labels: Henry is THE man, Proud Fans, Solo Time, The Man from U.N.C.L.E