Spy Sexiness To The Max: New The Man From U.N.C.L.E. Poster, Interview, More! 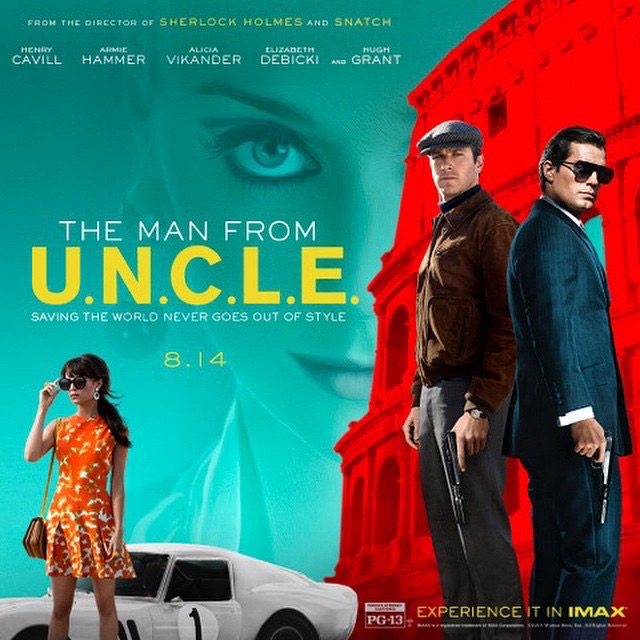 Did we did tell you or did we tell you, that Solo is going to bring the sexy spy x 1000 to this movie?

Director Guy Ritchie today revealed the last poster for The Man from U.N.C.L.E. on his Instagram account, teasing a new trailer for tomorrow!

"For my beloved followers! You've seen it here first, the final poster for The Man From U.N.C.L.E the trailer debuts tomorrow. Saving the world has never looked so good #themanfromuncle"

The new poster includes a new tagline, and whoa! does Solo take our breath away in those sunglasses..

Today we're are also expecting to see some behind the scenes interviews with the cast on Entertainment Tonight.  UPDATE 6/11: WATCH IT IN HQ AT THEIR SITE (and read the transcript).

Video is in! (low quality for now/via). 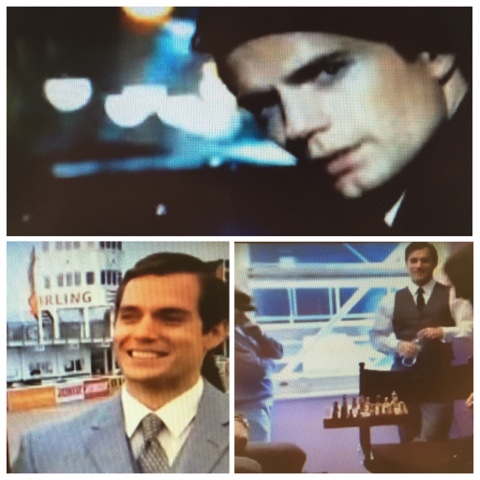 Much better quality, a little longer (via). Watch. 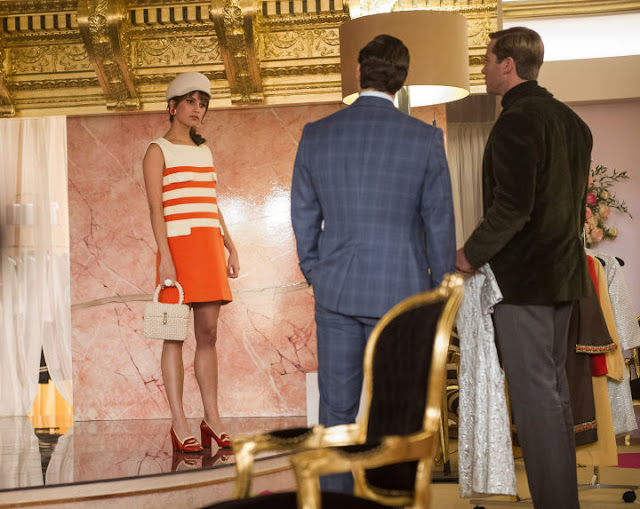 IGN just shared a new still and their interview with Henry after visiting the U.N.C.L.E. set, and it's filled with AWESOME details. Here are the highlights, but make sure to catch it all on their site (tomorrow).

Henry Cavill: I didn’t ever watch it. It was before my time and what attracted me was Guy [Ritchie]. He’s a great director and the story was very cool and I thought if anyone can make this even cooler, it’s Guy and so that was the selling point for me.

Tom Cruise Was Supposed to Star

Wigram: We were going to do it with Tom Cruise and for various reasons that didn’t work out. There was a moment just after that when we had been considering Henry for Kuryakin, as well as Armie, and we said – you know what? We talked about Henry at the beginning for Solo – why don’t we go back to that idea and the studio said ‘You know what? That’s a great idea!'

We chose them because honestly we felt they were among the best young actors of their generation. We feel that – and the girls as well – we feel that we have the next crop. The next generation of movie stars. We’ve been fans of Henry since The Tudors where I thought he stole a lot of the scenes he was in, and we’ve been fans of Armie since The Social Network.

Much is Staying the Same

Wigram: The personalities of Solo and Kuryakin are inspired by the show, clearly.

Cavill: My character is not a born CIA man. He was very much into the black market before that and got blackmailed into the CIA… he has learned some skills, but he’s not sort of born and bred by any means.

Cavill: I’m more anti-establishment and sort of more self-serving, I would say, whereas Armie…

Hammer: …he’s a hardcore red communist, you know? It’s all about the establishment and it’s all about the aberration of sort of the sense of American entitlement, you know? So there’s a lot of that. It’s a very different way that we both approach our jobs and at different times it definitely bugs both of our characters… they’re just opposite ends of the spectrum really.

The Script is Flexible

Cavill: We come in every morning, we run a scene, and when we’re in the room it’s a lot easier to work out which dialogue works better and so every morning, you know your lines, but expect them to change or be prepared for any kind of change. Some days they stay exactly as they are, and other days they change completely, and that’s quite refreshing. I quite like it, because there’s no opportunity for the scene to get too stale before you actually perform it – if you over-rehearse it for example. So you get in there and you do it and it feels fresh and very new and of the moment when you’re shooting it.

Cavill: There’s a lot of stunt work and I’ll pick on Armie, because I know he won’t do it himself. He’s been doing incredible motorbike stuff and incredible boat stuff as well. I had no idea he was so talented doing these things, but his stunt double, poor guy, hardly gets a chance to do anything, because he’s out there doing it all by himself.

Wigram: The character of Waverly [the chief of U.N.C.L.E.] is played by Hugh Grant, who does a brilliant job. He’s an example of an actor who is absolutely brilliant… you’ll see some of the touches in his dialogue are brought by him. He’s just very, very clever. He’s much better at dialogue than I am, that’s for sure.

A little bit more than two months to go until The Man from U.N.C.L.E. release (8/14), and promo is only gonna be coming in faster!

Slightly different version of the poster 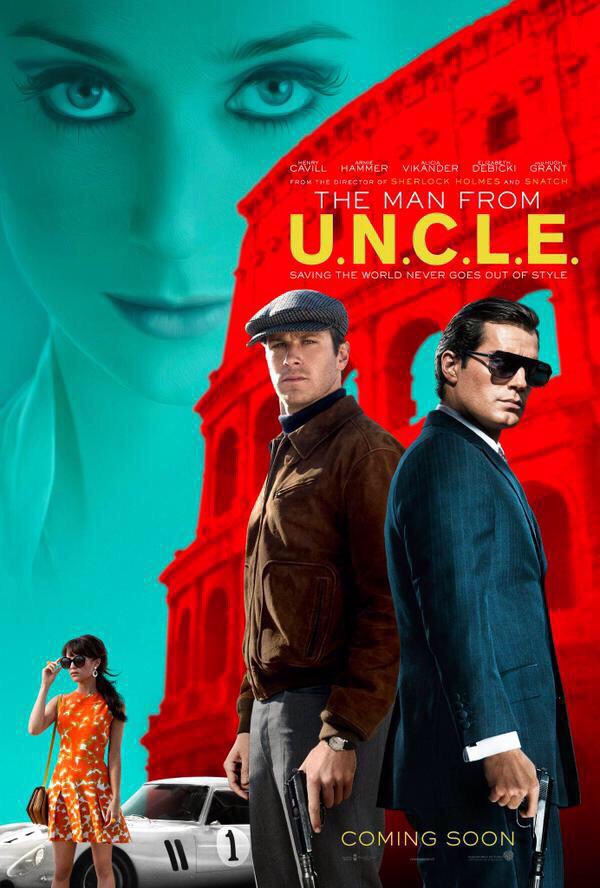 We're more than ready for you Solo ;)

New trailer tomorrow for #ManFromUNCLE, the next great spy movie from the director of #Snatch and #SherlockHolmes. pic.twitter.com/dPygPVXYBi
— The Man From UNCLE (@ManFromUNCLE) June 10, 2015