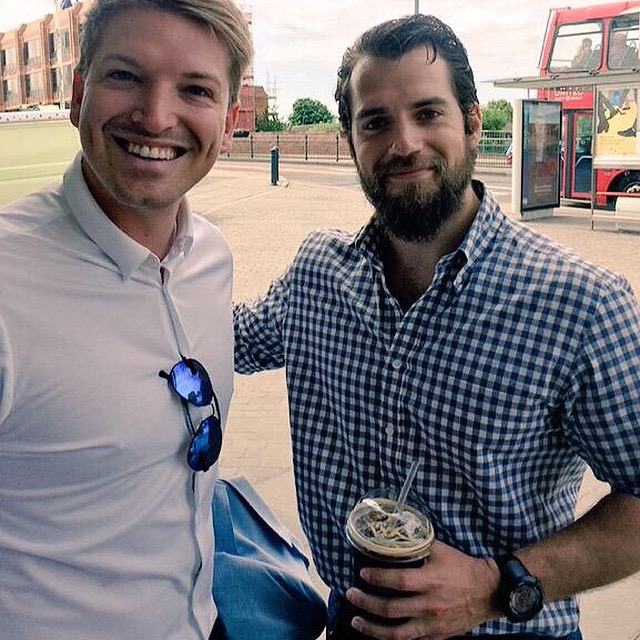 ‏@Windegaard: "It's not everyday you bump into Superman but today was that day #HenryCavill #DawnofJustice"

Here we thought we weren't getting to see Henry until Comic-Con.. Hiya Supes, looking good!

Windy ran into him in London today. Thank you so much for sharing your pic. And in case there was any doubt.. it's now confirmed: Henry is most definitely headed to San Diego (we think they meant to say *in two weeks*).

See ya there, everyone!

P.S. this is always the best part.. #TheSweetest

@Windegaard @HenryCavillNews @henrycavill I love that he seems to stop and take pictures with anyone that asks. #NiceGuy
— TheAnglophileChannel (@AnglophileTV) June 25, 2015

@HenryCavillNews He is so friendly, in photographs with the fans! Love it! ♡♡♡