UPDATE 6/8: The BBC has confirmed the news reported by The Mirror, and released a trailer for a new "extended Top Gear episode" set to air soon (no date given yet). Here's a preview:

If you're thinking ‘unlikely to end well', you're not alone. Have a flick through the pictures above for a flavour of what's in store.

In the second film, our intrepid trio attempt to become ‘lifestyle leisure enthusiasts' with the help of some very ratty old 4x4s.

Armed with a budget of just £250, the boys each purchase a high-mileage, low-quality SUV - Clarkson a Vauxhall Frontera, Hammond a Jeep Cherokee and May a Mitsubishi Shogun Pinin - before embarking on a series of gruelling challenges, including a battle with the Stig's Leisure Activity Cousin, which climaxes with a race that has a terrifying penalty for the person who loses.

Read the rest and watch the trailer. The clip does not mention or include Henry, but he was originally set to be part of that SUV episode. We'll stay on top of it for you! 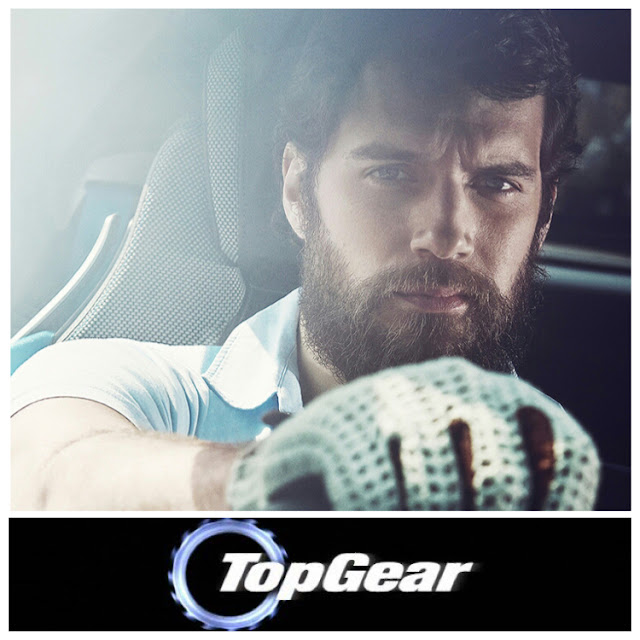 Today we have a bit of an update, as we wait to hear when we'll get to watch Henry on Top Gear. He was set to appear on the popular car show last March, when host Jeremy Clarkson got fired leaving the remaining shows in limbo. But now according to The Mirror, the other two Top Gear hosts have secretly taped the interview portions that were missing to complete the segments that will now reportedly air as two Top Gear specials this summer:

The trio will be seen competing in different vehicles, thought to include classic convertibles, second-hand SUVs and luxury limousines, with the newly recorded links from May and Hammond.

Henry had recorded part of his episode, where he takes a lap in a reasonably priced car. No word on whether he took part in this latest taping and not air dates have been set, but we'll be on the lookout for when that announcement is made. The Mirror says the two specials are expected to air "within weeks."