Find out where Henry Cavill, ranked on our #100sexiest – you won’t be disappointed 💥https://t.co/WWQRRxML4x pic.twitter.com/UTlELs0b0z
— Glamour Magazine UK (@GlamourMagUK) February 1, 2016

So what does Henry think about being called a sex symbol? - He talked to People magazine about it, during The Man from U.N.C.L.E. press tour:

And that last part, is what makes him the sexiest.


UPDATE 2/5: Here's the print version of the countdown. Cute tagline. 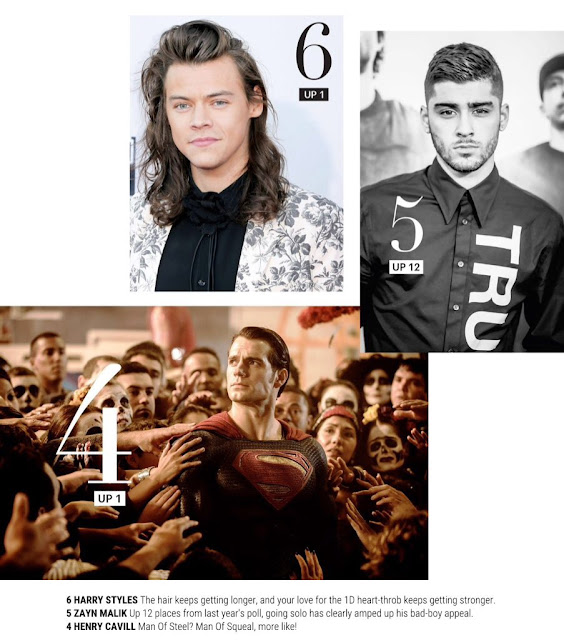 Thanks to @FiftyShadesAS for sharing it with us.