'BvS' Not At The Super Bowl?, Digital Hype, Premiere Contests

We just had to share this because 👌🏻 "@WesleyStark5: @HenryCavillNews @BatmanvSuperman Look at this cover I did!" #Superman 💥 @HenryCavill #FanSupport #WhoWillWin #ManofSteel 👊🏻 February 1: We can officially say #BatmanvSuperman comes out next month! #HenryCavill #DawnofJustice 🎬 Filming #JusticeLeague right after that. 🙌🏻
A photo posted by Henry Cavill News (@henrycavillnews) on Feb 1, 2016 at 7:41am PST


That awesome fan-made cover by @wesleystark5, the perfect way to kick off the week leading up to Super Bowl Sunday! 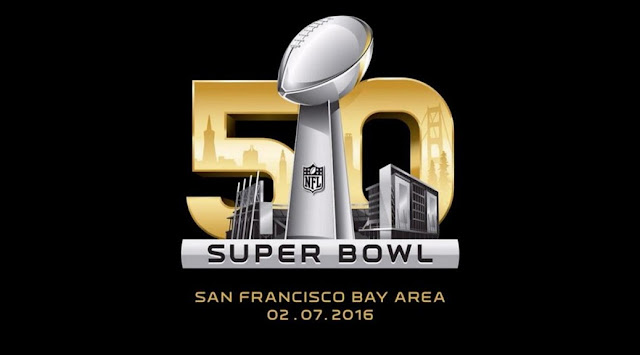 Yes, we've heard the news. The Hollywood Reporter and Deadline, say Warner Brothers has yet to buy a TV spot for Sunday's Super Bowl. But who here really thinks Batman v Superman will have no presence at the big game ahead of the film's release next month? -- THR went on to say..

While Warner Bros. hasn't bought an ad proper, it's possible a promotional partner could plug Batman v Superman: Dawn of Justice, starring Ben Affleck and Henry Cavill, in their spot, sources say. (Rival studios say they wouldn't be surprised if some of the cast were at the Super Bowl.)


Our guess is that it will have something to do with the Doritos collaboration with director Zack Snyder. We agree with those thinking that stars may show up in person.. and you know who we're hoping to see!

According to Variety, DC Entertainment took the lead in TV ad spending recently, with Batman v Superman commercials showing up all over the place:

Ads placed for the superhero movie, which pits Ben Affleck’s Batman against Henry Cavill’s Superman, had an estimated media value of $7.74 million through Sunday, for just 11 national ad airings across 7 networks. Ads for blockbuster releases are typically placed on TV using a flood-the-zone approach, inundating viewers across a range of high- and low-cost availabilities, but DC Entertainment just executed on a high-cost, high-impact strategy, promoting “Batman v Superman” in a handful of pricey sports programming slots, including NFL Football and the College Football Playoff National Championships.

The strategy seems to be paying off.


Among the slew of comic book films set for release in 2016, including new “Captain America” and “X-Men“ adaptations, early social and digital tracking places “Suicide Squad” and “Batman v Superman” 500% stronger than competitors based on standing at the same point pre-release. “Batman v Superman” is currently the #1 film by volume, followed by “Suicide Squad” and “Deadpool.”

Pro.boxoffice.com estimates an opening weekend for Batman v Superman of around $154,000,000. It's important to note that's their long range forecast. You can read the breakdown on their site.

Finally, here are two contests you definitely want to enter..

Are you more excited to see #Batman or #Superman? Sign up for a FanAlert & you could win a trip to the US premiere! https://t.co/eH7cJrnPXa
— Fandango (@Fandango) January 30, 2016


Nationwide Mutual Insurance is also running a contest for a chance to attend the premiere, in connection with a NASCAR event taking place the third weekend of March. You can enter here.

Good luck everyone, and have a great week!