This morning Henry has posted an urgent message on cavillconservation.com, and it involves the desperate race to save these little guys.


To my fellow conservationists,

Here is a true story of conservation, a story of the last surviving membersof a wild species in a single habitat and they need your help. This is one of those moments where the choice you make will decide on an immediate and considerable difference.

The species is not a glamorous beast like a Tiger or Rhino but the still one of the largest of its kind and deceptively named “the mountain chicken”. It is in fact not a chicken but a frog that can be found on only 2 Caribbean islands, this little (or large) fellow and fell-et are quite literally the little brown jobs that Gerald Durrell spoke of. Let’s continue his legacy.

Go to cavillconservation.com to learn more and find out how you can help.

We were in the middle of writing this following update, when the big Oscar news hit so forgive us for the delay. Henry has been on Instagram since October, and he's now shown his support for The Durrell Challenge by giving them *and only them* a follow! 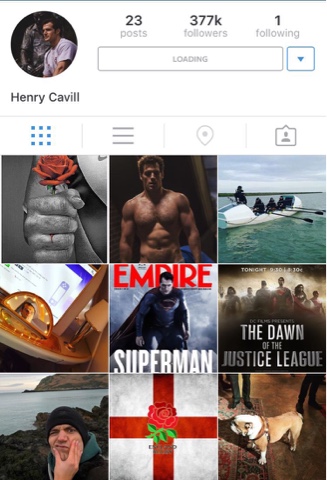 As ambassador for Durrell Wildlife, Henry will be representing them during the key fundraising run on May 15 -- and tickets are now available.

We're headed that way, and we'd love to see you there in support of the charity and the amazing work they do for endangered animals. However if you can't make it, here's how you can help from home.

Thank you for support across the Globe! If you can't join us in Jersey you can donate to @DurrellWildlife here: https://t.co/2NeblO3ElO
— DurrellChallenge2016 (@TheDurrellChall) February 1, 2016

We'll be in Jersey bringing you everything from the event. Henry's invite is included in the latest episode of Durrell TV.

We're thrilled to bring you the first episode of Durrell TV in 2016! It's a round-up of our top stories from the...
Posted by Durrell Wildlife Conservation Trust on Thursday, February 18, 2016


Finally a quick update on a few of the animals at Durrell. We've been following the birth of Bahia's baby since the beginning of the year, and this is the most recent video of them, as they bond in their den.

And we recently also got an update on Ben! (who you can adopt).


Getting asked a lot how Ben is doing ? the answer is great! #bats #TakeOverTuesday pic.twitter.com/zZOrIhPLPu
— Durrell Wildlife (@DurrellWildlife) January 26, 2016

We wrap things up with a look at one of the cutest members of Henry's adopted Gorilla family at the park.

It's a wild, windy Monday here at Durrell (with even a little sunshine mixed in!). We've battened down the hatches as the full force of Storm Imogen is upon us. Still, it will take more than strong winds to get some of our intrepid residents down. Somewhat sensibly, another little 'storm' - baby Indigo - is spending his day indoors with the rest of our Gorilla Family. For anyone who knows him though, it is of course just another chance to create a little mischief! If you are affected by the storm, take care out there and stay safe. Happy Monday! Photograph by Charlie Wylie #Durrellteam #Indigo #Gorilla #MondayMotivation #Storm+
A photo posted by Durrell Wildlife (@durrellwildlife) on Feb 8, 2016 at 4:57am PST

Visit cavillconservation.com to keep up with Henry and learn of the many ways you can support Durrell.
Posted by Blog Administrator