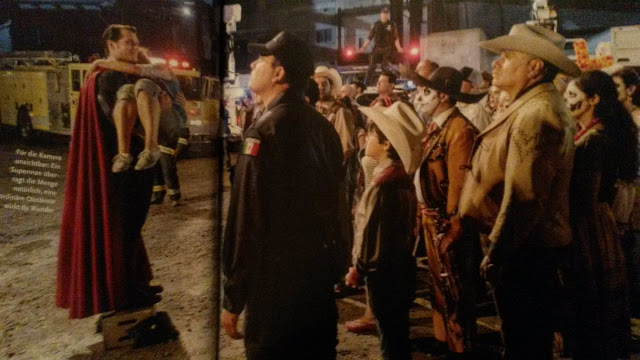 What we would give to be that extra on the set of Batman v Superman! (or is that Lois?)..

This new image from a German magazine that's floating around online, shows Henry in the middle of what looks like a rescue. On the other page you see Mexican police. You may remember during production Mexican police cars were spotted on the set  in Detroit. Hopefully better quality scans surface soon.

The Batmobile is getting its moment in the spotlight this weekend, with appearances in London and Toronto.

It's also featured in an awesome new spot for the film.


We've teamed up with Omaze and Durrell Wildlife to give YOU the chance to fly in a Helicopter with Henry, ride in the Batmobile, meet Ben Affleck, and photobomb with Jesse Eisenberg at the red carpet premiere of Batman v Superman: Dawn of Justice — all while supporting 3 amazing causes. 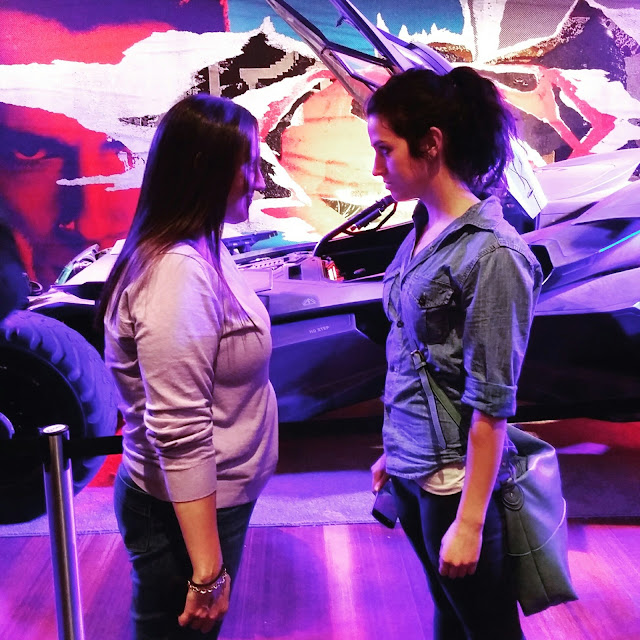 Back to Canada, our friend Daniela and Elysha checked out the Batmobile this weekend in Toronto and sent us their cute #WhoWillWin pic along with a bit more on their experience:

"We were in a hurry to get out of  everyone's way!

What a great surprise it was to see the Batmobile at the car show. They even played the trailer in the background, and of course seeing Henry's face the size of a showroom wall was so cool!

The people that were with the car also handed out mini posters with Supes, Batman and WonderWoman!!"

And for you Canadians, here's another contest to attend the Batman v Superman premiere in New York.