Henry's interview with Peter Travers for Man of Steel was pretty awesome, and this time around it's even better. 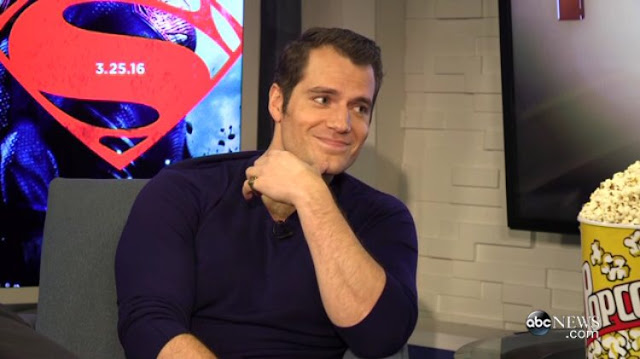 In his fun sit-down for Batman v Superman, he talks about the importance of having an upgraded Super suit:

"To feel powerful you must be able to pee."

Here’s an exclusive image from BvS juuuust because the press tour is right around the corner! @batmanvsuperman #whowillwin
A photo posted by Henry Cavill (@henrycavill) on Mar 5, 2016 at 9:31am PST


And their chat goes all the way back to Henry's days on the Tudors: "That was fun," and his first time on the big screen in The Count of Monte Cristo.

For the first time he also describes his character of Captain Syverson in Sand Castle:


Finally, for the second time Peter strikes out in getting Henry to sing. *But* he does get him to tell him about a favorite tune of his.

This interview is definitely a must watch!
Posted by Blog Administrator