New Photo From The 'Mission: Impossible 6' Set In England 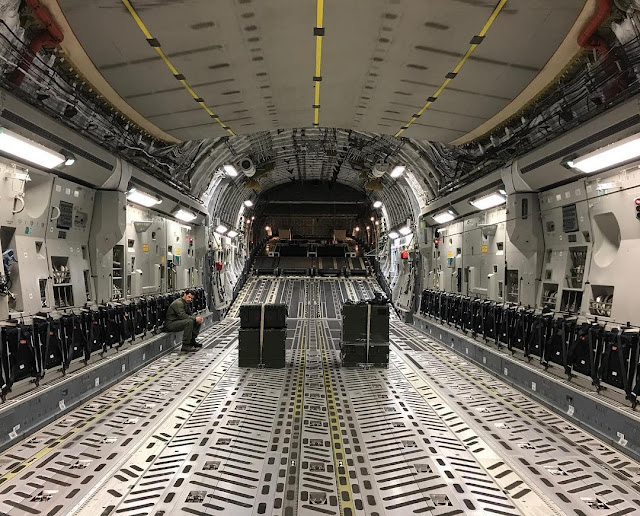 Director Chris McQuarrie has released this new pic of  a serious-looking Henry on the Mission: Impossible 6 set, and it looks like he could be jumping out of  a really big plane. Henry and the director have been sharing photos of the C-17 all week. Good thing he's Supes!

We're sure there is a reason for his pose, and clues hidden in the pic. Any guesses?.. we just know it's gonna be one epic sequence.
Posted by Blog Administrator

Email ThisBlogThis!Share to TwitterShare to FacebookShare to Pinterest
Labels: In Production, Mission Impossible 6, On Set