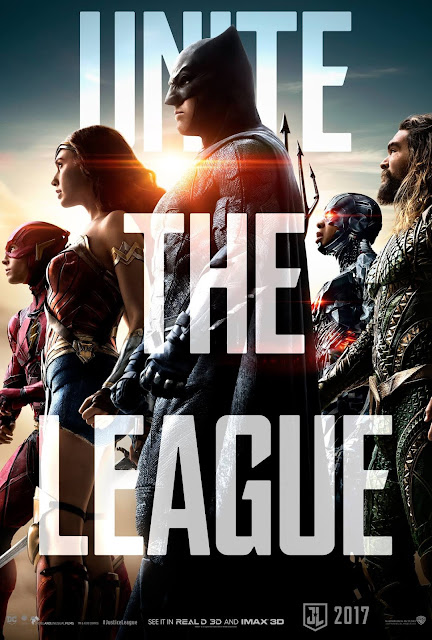 Image: Warner Bros.
The headline got us excited for about the 15 seconds that it took us to open the story and read it.

We rarely get advanced confirmation on the talent that will join the Warner Bros. presentation at Comic-Con, but Deadline is reporting names.. and someone is not on the list!

"The Justice League gang will be there with Ben Affleck (Batman), Gal Gadot (Wonder Woman), Jason Momoa (Aquaman), Ezra Miller (The Flash) and Ray Fisher (Cyborg), not only talking up and showing off their November 17 release but also Christmas 2018’s Aquaman from director James Wan."

Henry Cavill not listed to be there for comic con pic.twitter.com/qzAnv8sXly
— queer comic™ (@wonderorchid) July 7, 2017

Henry has been busy filming Mission: Impossible 6 since April, and he does have those Justice League reshoots pending.. so we can see why he may skip Comic-Con. And let's not forget the studio has been keeping Supes kind of under wraps. But if we were the betting kind...

Supes will be resurrected in Hall H on saturday.
- Take all my money #HenryCavill has something lol'd planned, that guy is hilarious. https://t.co/gnAfAA8b4d
— Dennis Kirkegaard (@Inshapedk) July 7, 2017