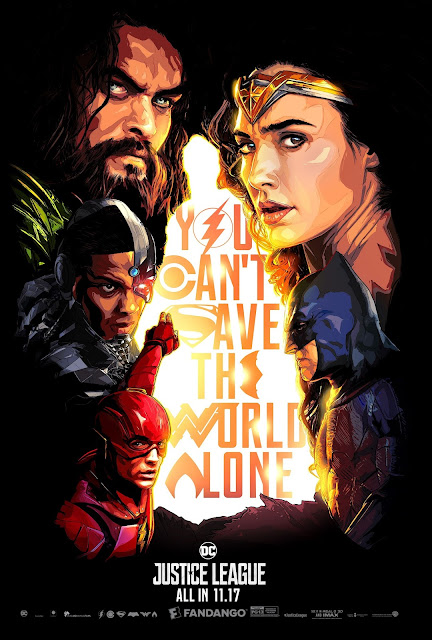 It was about time we got a little hope. Today Fandango began its ticket pre-sale for Justice League, and is offering fans this exclusive Supes oriented poster for a limited time. Mind you, this was just sort of a soft launch, yet the site still crashed after the news spread online. Tickets are expected to officially go on sale Friday, and Regal is also prepping for the demand.


UPDATE: Tickets have now officially gone on sale, and both IMAX and Regal Cinemas have some cool treats for fans as well!

Join us on 11/16 for a #WonderWoman / #JusticeLeague double feature event! Plus, Crown Club Members get a $5 combo: https://t.co/Cva2ZnTQRU pic.twitter.com/SiamHzExTt
— Regal Cinemas (@RegalMovies) October 26, 2017

On 11/16, get an EXCLUSIVE #FunkoPop when you purchase 2 @RealD3D tix to #JusticeLeague, while supplies last: https://t.co/HT6JiuASdf pic.twitter.com/pbiNq2WZ9e
— Regal Cinemas (@RegalMovies) October 26, 2017


If you have the cash, Charity Buzz has a sweet deal for you and confirms the world premiere will take place in L.A. on Monday, November 13th.


.@charitybuzz has two tickets to the #JusticeLeague world premiere in LA up for auction! Place your bid by 11/7. https://t.co/ZDrC7kFDPt pic.twitter.com/XyY52AwGTK
— DC (@DCComics) October 25, 2017