The early bird catches his plane! Thank you so much China for your spectacular hospitality! We all had such an incredible time and I'm sure I speak for the whole League when I say that we can't wait to be back. #JusticeLeague #China #Beijing
A post shared by Henry Cavill (@henrycavill) on Oct 27, 2017 at 2:31pm PDT


The first stop in the Justice League press tour is a wrap. Henry flew out of Beijing today, but not before thanking China for its hospitality. Catch up on all of his appearances at these links: 1/2/3. 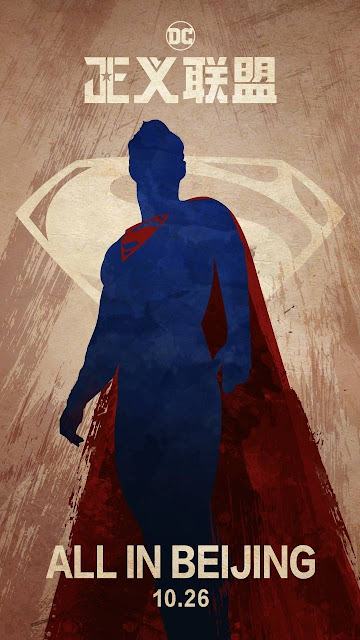 One super  kind gesture that caught the internet's attention, came when Henry stopped to comfort a grieving mother. 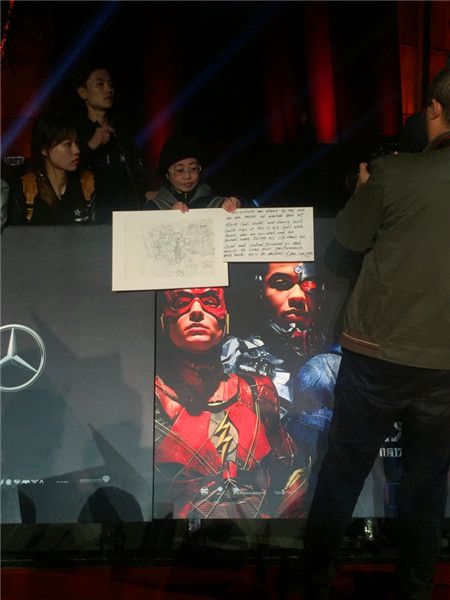 She attended the premiere with a touching sign about her son, who was reportedly a big Justice League fan. 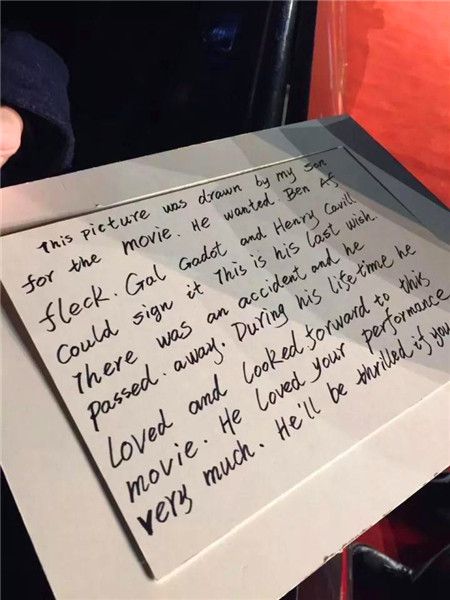 According to China.com, Henry and Ezra Miller signed the drawing on the red carpet, and then DC Films was able to get her contact info so they could have the rest of the cast sign it for her. They later posted the drawing with all the cast signatures on their official Weibo account. 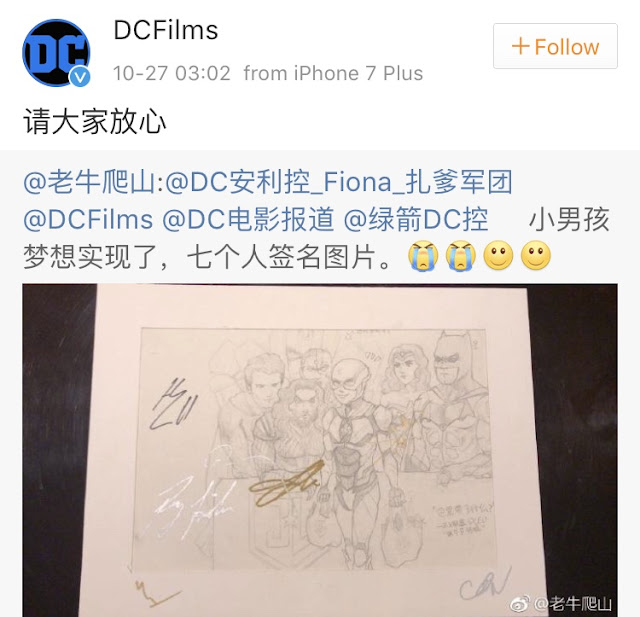 On his first night in Beijing, Henry mentioned how the role of Superman has allowed him to make a difference when he can. The internet will tell you, this is definitely one of those times.

UPDATE: The fan who shot the video of Henry meeting the fan's mom, shared his experience with us (click on the text). Kindness all around. Thank you!


I met this mother when we were waiting for the JL.She was crying so I asked her what happend then I decided to help her.@HenryCavillNews pic.twitter.com/TdRwUTC0tP
— piggiewen (@about_wen) October 28, 2017