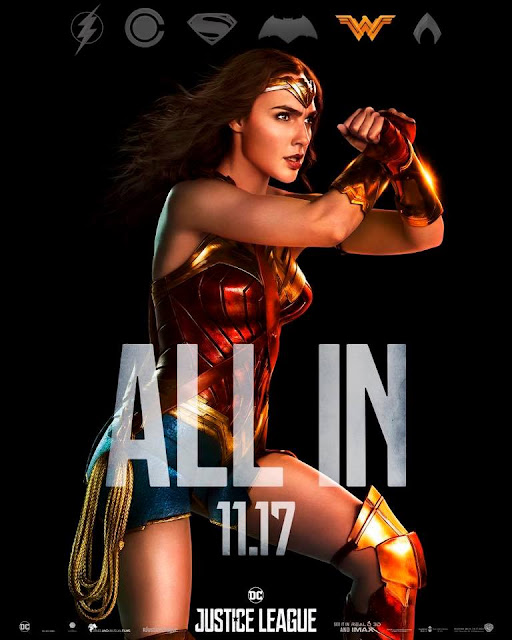 How awesome is this weekend gonna be for Justice League fans? PRETTY AMAZING!

Today we found out a new trailer is coming Sunday, and the announcement was released via new individual posters of everyone but Supes ("almost" ALL IN remember?). 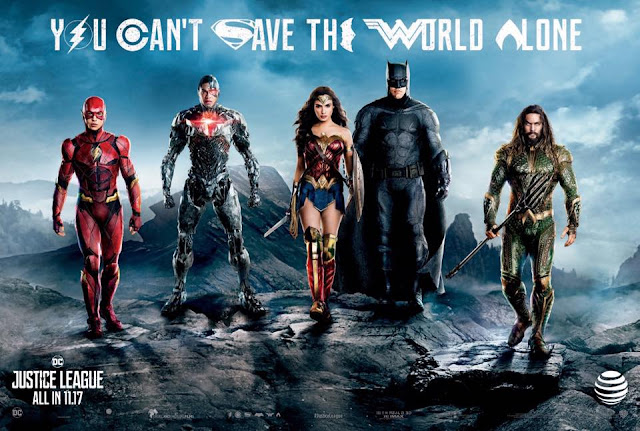 We also got news of a Justice League takeover in Times Square all weekend long, and we caught some of the action as workers got everything ready for fans. 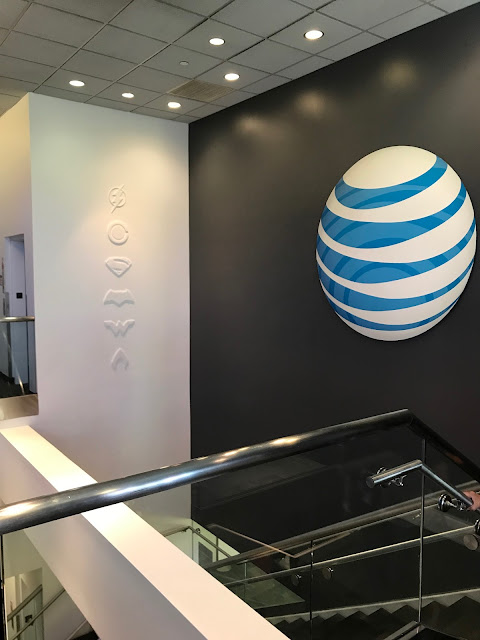 Warner Bros. Pictures and DC Entertainment will team up with AT&T for an unprecedented takeover of its Times Square store from October 5 through 8, to celebrate the upcoming release of “Justice League.”

As part of this sponsorship, the AT&T store located at 3 Times Square will host an exclusive look at some of the most exciting elements from the action adventure film, well in advance of its November 17 debut in theaters.

Fans can see and take pictures with the iconic Batmobile and Bruce Wayne’s tricked-out Mercedes-Benz AMG Vision Gran Turismo along Broadway, from 42nd to 44th Streets.
Inside the AT&T store, see incredibly lifelike statues of DC’s iconic Justice League members Batman, Wonder Woman, Aquaman, Cyborg and The Flash.
Check out video footage, the coolest props and costumes from the movie, try out VR activities, Join the League yourself, and take home an exclusive poster.
A meet-and-greet with best-selling comic book writer Geoff Johns and renowned artist Jim Lee October 7 from 11:00 a.m. to 1:00 p.m. The truly dynamic duo will be signing their acclaimed comic Justice League, Vol. 1: Origin, the flagship title from DC’s The New 52 publishing event. In addition to partnering on the page, Johns and Lee also serve as executives at DC: President and Chief Creative Officer, and Publisher, respectively. DC All Access, DC’s original digital series (at dccomics.com), will be there to cover it and capture reactions. Wristbands will be distributed on a first-come, first-served basis starting at 10:00 a.m. that morning.

Opening beginning on November 17 in 3D and 2D in select theatres and IMAX, “Justice League” will be distributed worldwide by Warner Bros. Pictures, a Warner Bros. Entertainment Company.

If that wasn't enough awesomeness, New York Comic Con kicks off tomorrow and Justice League is also there!

We are in New York to bring you everything related to the film, so make sure to follow us on our social media and come back here at the end of the day for a complete wrap.
Posted by Blog Administrator