Armie Laughs In The Face Of Superman. Henry, We Need A Word

While we were ready to embrace Armie and Henry's bromance leading up to the start of filming for The Man from U.N.C.L.E... now we're not so sure. Armie has gone on record, to say he thinks Batman would beat Superman in the ultimate fight. Pfft. And he even explains why! (which makes a lot of sense but never mind that). Sure, Armie adds he's "really excited" to work with Henry in The Man from U.N.C.L.E., but all we have to say is.. Henry, watch. your. back.

Watch clip at the source or below

Luckily we don't have to worry about Armie going all "let me use that kryptonite I have" on our Man of Steel. He's ruled himself out as a potential Batman. But there is a top list of alleged contenders, and among them is Joe Manganiello who apparently was up for the role of Supes, but Henry beat him to it. And now Joe has a bone to pick with him: "He stole my beard." 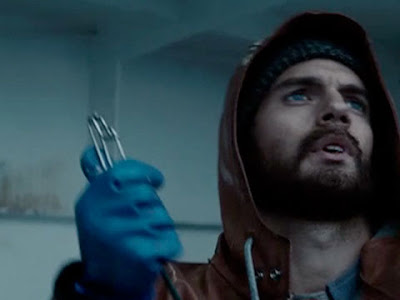 Again Superman, watch your back!

Email ThisBlogThis!Share to TwitterShare to FacebookShare to Pinterest
Labels: Costars, Just for Fun, Man of Steel, The Man from U.N.C.L.E