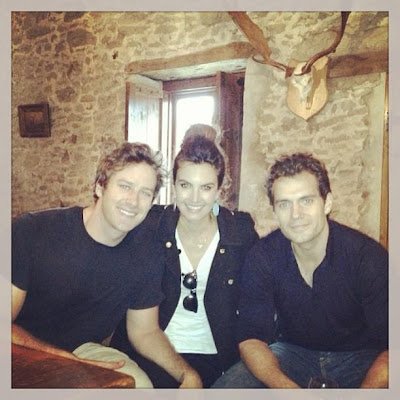 With filming set to begin on The Man from U.N.C.L.E. in less than two weeks, today we're getting a first look at Henry hanging out with costar Armie Hammer. Hammer's lovely wife Elizabeth posted this great picture on Instagram. Henry has been busy preparing for his role as American spy Napoleon Solo at the Warner Bros. studio outside of London. When when talked to him at Comic-Con last month, he seemed eager to get started. Stay tuned for updates as filming gets underway.

Email ThisBlogThis!Share to TwitterShare to FacebookShare to Pinterest
Labels: All About Henry, Costars, The Man from U.N.C.L.E