"A Chance To Be A Movie Star Outside Of Superman"

We're only a few weeks away from the start of filming on The Man from U.N.C.L.E., and Henry has been busy preparing for the role of Napoleon Solo. We exclusively asked him about it at Comic-Con, and he said he'd be doing all his research as soon as he got back to London. The role requires him to have an American accent, since he'll be taking over the role of Robert Vaughn's debonair spy. And as The Independent points out in a fun article that reminisces about the hype of the show in the 1960s, we might even see him pull off some karate moves. In a suit. 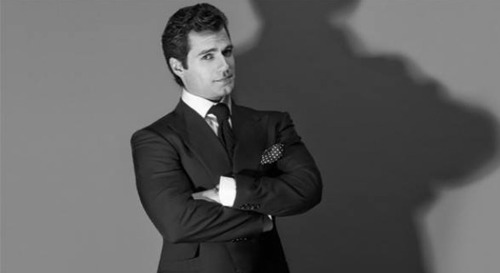 So what else could we see in the film? - HMSS has some early predictions. But what we're really excited about, is what The Wrap points out when giving kudos to Henry for his breakthrough role in Man of Steel. They call his involvement in The Man from U.N.C.L.E. "a chance to be a movie star outside of Superman," and we couldn't agree more. Godspeed Henry Cavill, we're behind you all the way.
Posted by Blog Administrator

Email ThisBlogThis!Share to TwitterShare to FacebookShare to Pinterest
Labels: All About Henry, Fan Support, News, Pre-production, The Man from U.N.C.L.E