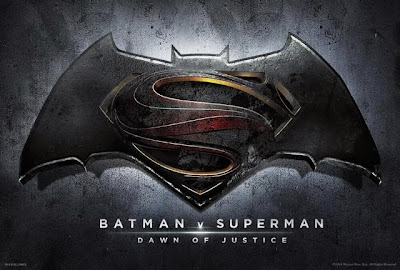 Could it be true? we don't want to get TOO excited, but rumor is we're seeing some sort of footage from Batman v Superman at Comic-Con next month. As far as we're concerned, they could show us some red boots on the big screen and we'd be fangirling for the rest of the year. Oh wait.. they already did that.

Obviously Warner Bros. MUST be planning something big, since the news broke that the studio will be announcing its superhero slate in Hall H. We'll be there to bring you all the action starting on preview night, July 23rd.

The guys over at JoBlo have a pretty cool exclusive involving what they hear Wonder Woman's costume looks like and some Batman and Lex Luthor goodies as well. Mind you if their scoop turns out to be true there are MAJOR SPOILERS in there, so proceed at your own risk. Of course we're also waiting to see Henry in his new Superman suit. When we talked to costume designer Michael Wilkinson earlier this year he wouldn't give up the goods, but he did talk extensively about working with Henry. We can't wait for the big reveal.


And who would have thought the boy wizard now wants to be Robin. During a rapid fire interview with BuzzFeed, Daniel Radcliffe revealed he wouldn't mind being Batman's partner. Check it out at about 1:51.

Keep up with the latest news from Detroit, where Henry is busy filming Batman v Superman. Updates as we get them!
Posted by Blog Administrator