Here we are a few months into the Batman v Superman shoot, and so far we have seen ZERO pictures of Henry on set. Not for the lack of trying, fans have been hanging out near the Michigan Motion Picture Studios in Pontiac bringing us some cool updates, but it seems production is one step ahead of us this time around (and apparently Detroit is pap-free). All we can hope for now, is that Warner Bros. has something special planned for us at Comic-Con. Unleash the super suit Zack Snyder!

Filming continued late into the night at LexCorp Friday, where some sort of explosion or fire took place by the looks of this picture snapped by Ethan. Notice the friendly faces staring back at him. Security not messing around! (another reason why pics are hard to come by).


Whether Ben was indeed on set remains a mystery, but he was spotted shopping in Detroit earlier in the week. DSE Detroit posted this pic (IG) as he left their store. Note the serious "I'm Batman" face. 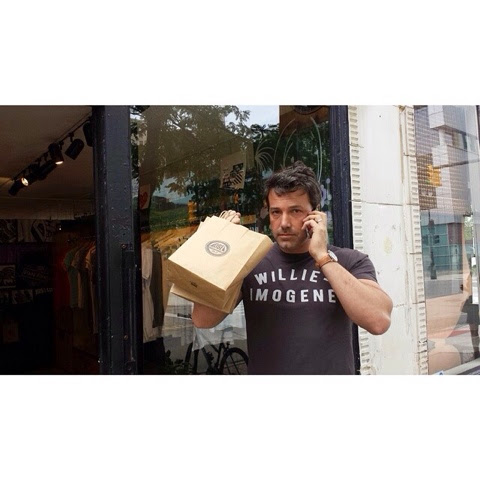 OLV and their reader Steven also shared some pics of what appears to be the latest set getting ready for some action. We'll keep an eye on it and bring you updates if it turns out to be a Batman v Superman location. 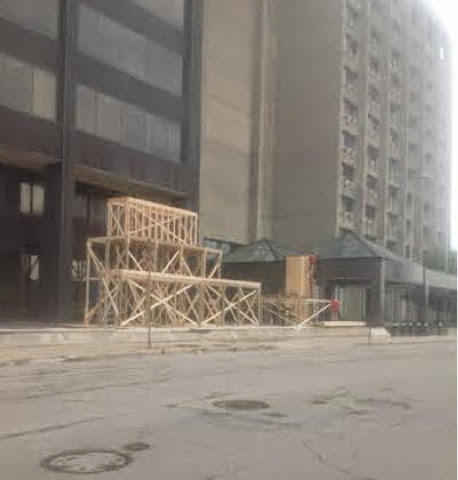 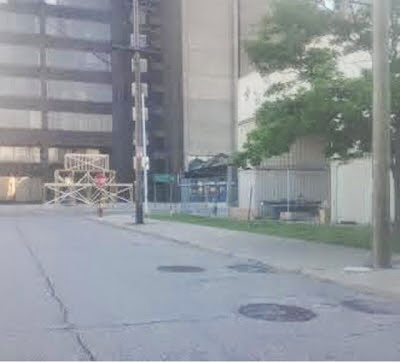 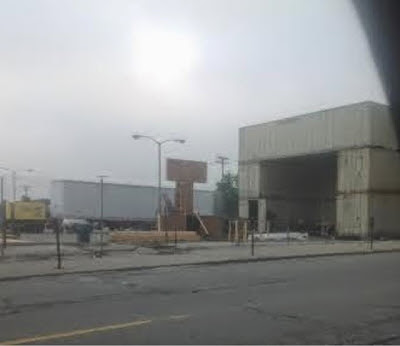 
We are on the lookout for Superman - it's been a while since we saw his handsome face (11 days but who is counting). So if you spot him this weekend say hi (he's a really nice guy) and then share your pic with us poor souls not lucky enough to be there. Thanks in advance!
Posted by Blog Administrator