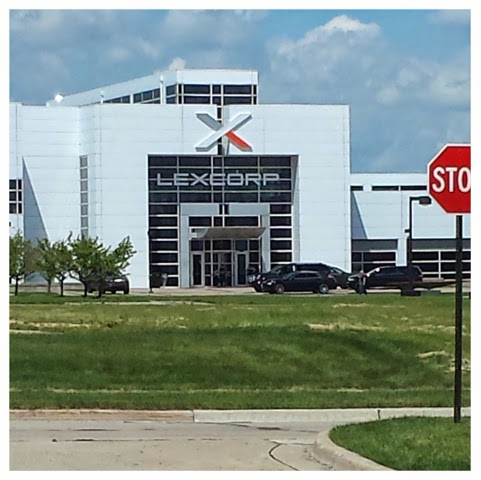 LexCorp was looking busy today as Priya8888 found out, when she drove past the Batman v Superman set and took this pic. She says things seemed to be winding down when she was there. Last week the cast and crew were busy filming at the Pontiac, MI studios where both Gotham and Metropolis vehicle were spotted. And over the weekend carteezy17 was driving from Michigan to Chicago, when he saw the Metropolis police chopper being transported "somewhere." The film is expected to film in Illinois at some point. 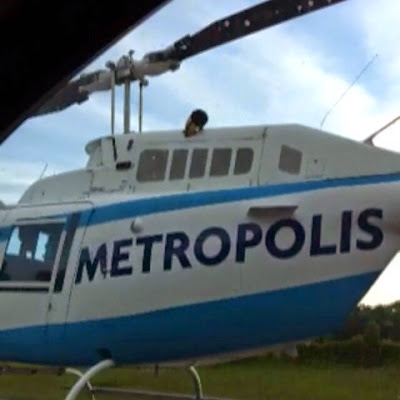 So how much would you pay to be part of Batman v Superman? - one bidder just shelled out some big bucks to be an extra in the film.

Holy stardom, Batman! A walk-on role as an extra in Batman vs. Superman just went for $3,500 in our #sunsetatthezoo live auction!
— Detroit Zoo (@detroitzoo) June 14, 2014

For that kind of money we certainly hope their scene includes Henry! - congrats to the lucky winner. You have to give it to Batman, he's been working hard (just like Superman) and now it's really showing. Photographers caught up with Ben in LA Saturday. We can't wait for our two big guys to face-off  ;) 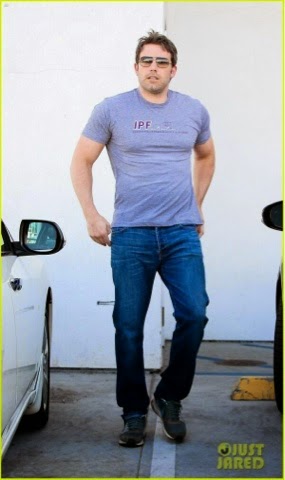 And guess what? - turns out the agency grid that that listed Darkseid as the villain for Justice League is outdated. So we're back to square one..


Today for the 100th time, we learned Jason Momoa IS AQUAMAN (THR the latest to report the news). Please put us out of our repeat writing misery WB, and just confirm the news already. Stay tuned for the latest from Detroit!