Behind The Scenes: Henry At London Shoot Today 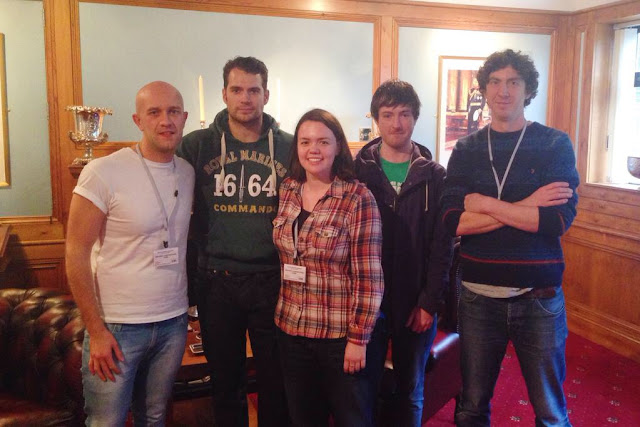 We had a *super* day shooting with #HenryCavill this afternoon #superexcited #sorryforthepun #behindthescenes pic.twitter.com/BdXbnQiXp4
— The Distillery (@thedistilleryUK) September 8, 2015


The Distillery London today gave us a nice surprise, by sharing a sneak peek of a shoot they are doing with Henry. The company works with businesses and brands that include JustGiving, where (thanks to your votes) Henry is up for 'Celebrity Fundraiser of the Year' for his work with The Royal Marines Charitable Trust Fund. Henry is wearing his RMCTF hoodie in the pic. ;)

UPDATE 9/9: The Distillery confirmed on Instagram, that the shoot was indeed about Henry's work as ambassador for the RMCTF:

thedistilleryuk: "We had the pleasure of shooting #henrycavill yesterday. So inspiring to learn more about his work for the Royal Marines #superman #behindthescenes #bts."

The JustGiving awards will be presented on Wednesday, September 23 in London. More details as we get them!