Time To Vote: Henry Shortlisted For A JustGiving Award! 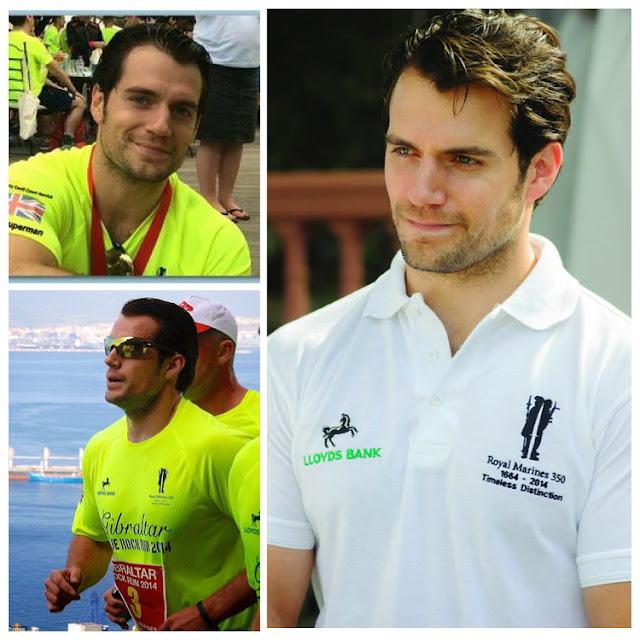 Congratulations to Henry and the Royal Marines Charitable Trust Fund!

Thanks to your support, he's been shortlisted for a JustGiving Award:

Thank you so much to everyone who nominated! We had a record number of nominations this year (over 10,000 in total!) and we couldn’t be prouder of all the incredible, inspiring people who’ve used JustGiving to make good things happen.

Henry is one of three finalists, for 'Celebrity Fundraiser of the Year.' Now it's all up to us to get him and the RMCTF the recognition they deserve, for the amazing work they do every day. Let's get their proud ambassador that win, PLEASE VOTE.   UPDATE 8/30: Voting has now closed (Thank you to everyone who took the time to show their support). The awards will be presented September 23 in London. Good luck, Henry! -- You're a winner no matter what. 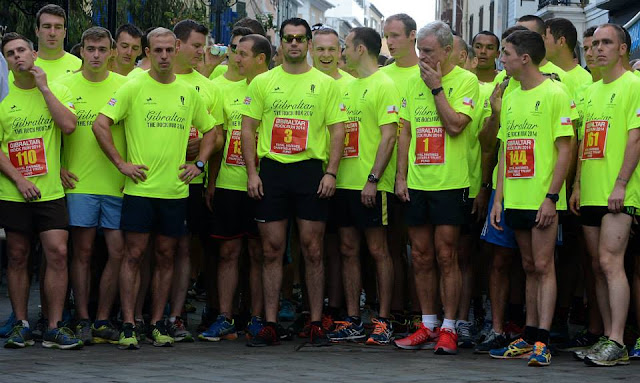 Henry was nominated for his participation in the Gibraltar Rock Run last October. Running with his older brother, Nik Cavill – a Lieutenant Colonel in the Royal Marines - Henry raised more than £20,000 for The Royal Marines Charitable Trust Fund.


The RMCTF just released its Impact Report of 2015. Here you can see just how much your support made a difference for the charity. 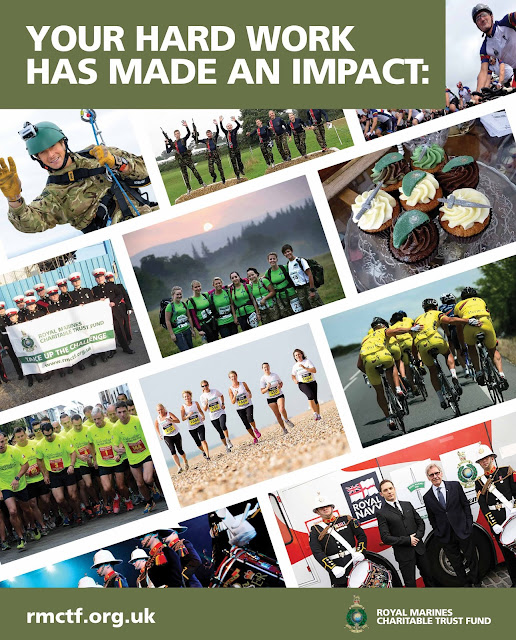 Just some of the fundraising events that took place in aid of Royal Marines Charitable Trust Fund in 2014. A fantastic £2.9 million was raised through fundraising and donations. 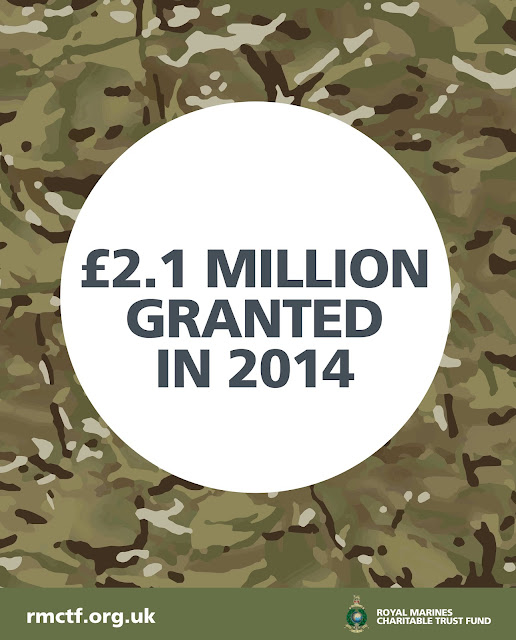 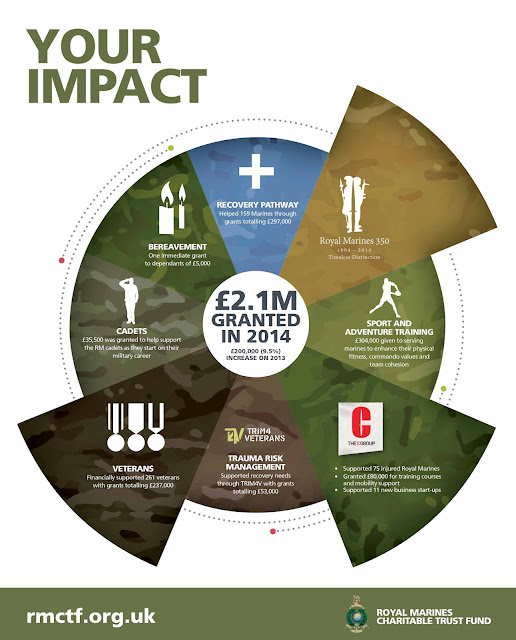 Just some of the difference made in 2014. 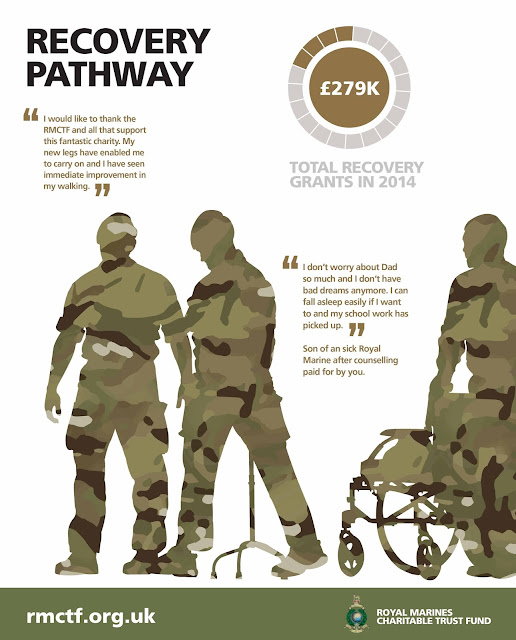 Through the Quality of Life pathway your support boosts the morale and efficiency of the serving Corps. Grants made have gone towards families welfare and social activates, adventure training and Corps events as well as supporting the 33 sports clubs and associations under the RMCTF’s subsidiary the Royal Marines Association.

The majority of Quality of Life grants funding comes from the voluntary Day’s Pay Subscription Scheme (Corps Subs), which most Royal Marines subscribe to.

Your support enables injured Royal Marines to live as normal life as possible, helping them conduct many of the daily functions we take for granted, like playing with their children. In short your support helps them regain their dignity and pride and allows them to use the Commando Spirit to achieve remarkable lives. 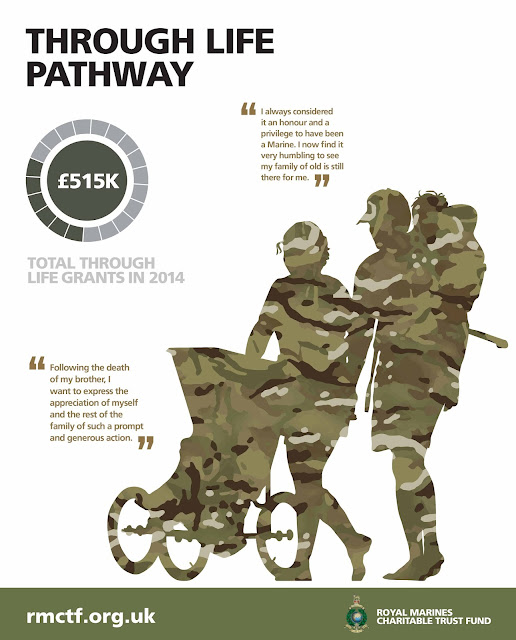 The Through Life is the lens through which your support can go to individual serving and retired Royal Marines in need. The Pathway is administered through the RMCTF’s sister charity the Royal Marines Association, which has 82 membership branches across the country and overseas.

Your support aids the whole Royal Marines Family and means that the Corps can take care of its own through hard times, ill-health, old age and late-onset post-traumatic stress arising from the mental scarring of war. Please visit http://ow.ly/P241a to read the full report.

"I will never forget how your charity helped set my daughter and me up for the rest of
our lives. Eternally thankful" – a bereaved wife

"Words cannot describe how much of a weight you’ve lifted off my shoulders by
helping me. I will never take your charity for granted again" – an injured Royal Marine

Above are just some of the thank yous we received in 2014 for the support the charity has
been able to give, thanks to the support of people like you.

Although the military might be slipping out of the public eye once again, Royal Marines serve the nation as faithfully as they ever did. They and their families often pay a high price which means the battles go on long into their lives. So please take time to meet just some of the Marines and families you have helped, and hear their stories as you read the pages of the We know we have a great responsibility to use the funds you give to make sure they have the greatest impact possible, whether it’s to support those in need, or to improve the morale and efficiency of the Corps. We are constantly trying to improve our identification of need, and then to meet that need through quick, efficient and cost-effective allocation of support.

In recognition of the difference the charity made thanks to our fundraiser's support, we are delighted to have been shortlisted for the Institute of Fundraising Charity of the Year Award (..) A huge thank you to everyone that played a part in the successes we had during the 350th anniversary year, this awards shortlisting is a testament to all your hard work. 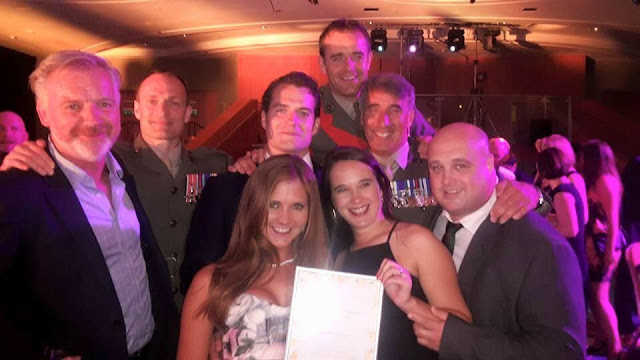 Okay everyone, now it's your turn again to show you are here for Henry when it matters the most.

Let's get him that JustGiving win. PLEASE VOTE!