Hollywood's Best Groomed Man: Birchbox Gets Behind 'The Man'


If you are a Birchbox subscriber and a Henry Cavill fan, this month you're in for a treat!

"Safe to say there are many good looking men in Hollywood, but what makes a man even hotter? When he’s well groomed! And according to Brad Lande, head of Birchbox Man, the best groomed man in Hollywood right now is Henry Cavill! Yes, the Clark Kent, AKA Superman! In fact, Henry Cavill’s sexy look has inspired Birchbox to create their September box around his new movie The Man from U.N.C.L.E. Brad Lande says the box will channel Cavill and feature a theme of spy and espionage. Can Henry Cavill come with it?"

"Solo included" would have been a nice extra :p

Here's a look at the cool box and what it comes with. 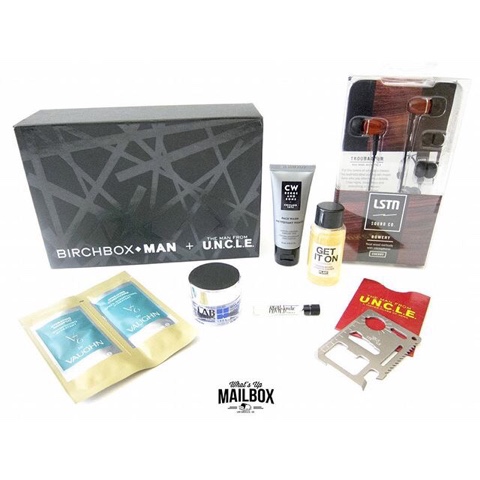 
Thanks to Kevin Orlin Johnson/via for letting us know about the Henry shoutout by Birchbox.

Don't forget Henry is once again up for Sexiest Man of the Year over at Glamour UK.  Let's give that title back to its rightful owner!

Also, this fan read our minds..


If you haven't seen the man from uncle you are dead to me
— ☀️George Willoughby (@gwildebeest14) September 6, 2015


We love you guys, but seriously.. this is the time to REPRESENT FANDOM.

The Man from U.N.C.L.E. was just voted the "Most underrated" film of the summer in an online poll, and trust us, you want to watch it on the big screen to really capture the essence of the film.

If you have HBO, the cable network is also running an U.N.C.L.E. featurette, so be on the lookout for it.


Have a great week everyone, GO WATCH THE MAN FROM U.N.C.L.E.!
Posted by Blog Administrator

Email ThisBlogThis!Share to TwitterShare to FacebookShare to Pinterest
Labels: All About Henry, Fan Support, Promo Love, The Man from U.N.C.L.E