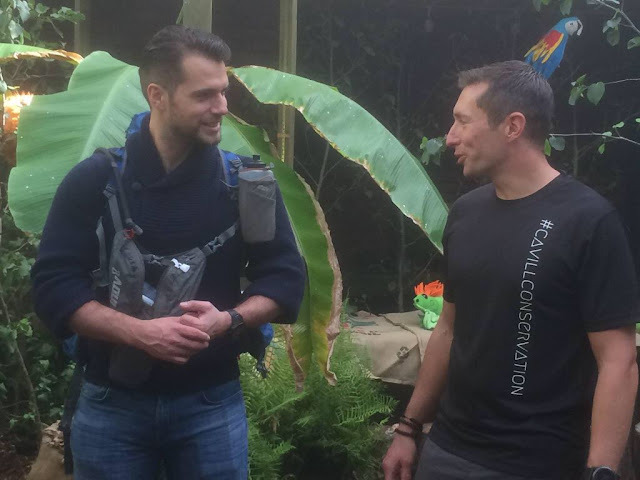 
What rest on Sunday?.. it's another busy day for Henry in Jersey, as he continues his work as ambassador for Durrell Wildlife (read all about Steve's mission). Last night he attended the Ugly Bug Ball, that reached its fundraising goal thanks in part to his efforts. The charity also asked fans for questions for Henry, and his answers are on the way!


Thanks so much for all your questions for #HenryCavill! We've chosen our top three-answers will soon be revealed! #CavilConservation
— Durrell Wildlife (@DurrellWildlife) September 27, 2015 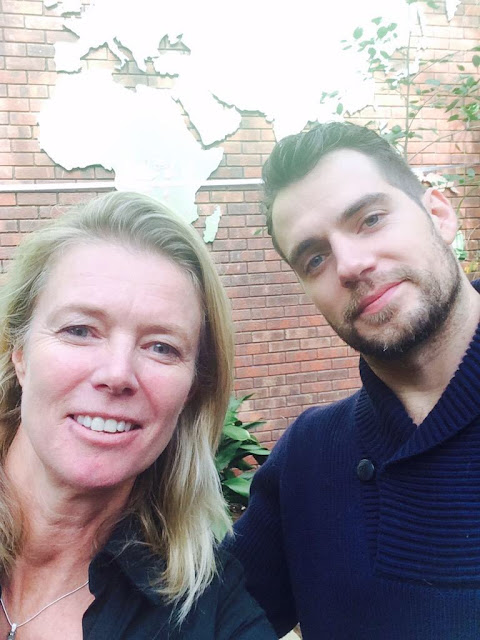 
So Henry and me went to the zoo:) ....too bad he never knew I am the best company to go to zoo with...And anywhere else. Next time you are in Jersey- don't miss out on me:) you are one very good man,inside and outside (as for supporting Durrell surely!). You have my heart-ish;) 😝🐒🇯🇪🇭🇺#cavillconservation#durrellwildlifeconservation#HenryCavill#Jerseyhasahandsomeandgoodman#durrell @henrycavillworld @henrycavillorg (next time if I don't dare -please you come to me for a picture;) )#HenryCavillyoucanaskmetoo
A photo posted by socily (@socily) on Sep 27, 2015 at 10:13am PDT

Socily shared more about Henry's visit to the park, on her official photo account.

topjerseyphoto: "The weekend was all about Durrell! What would have been the 90th Birthday of Garry...but we were happy to celebrate Badongo's 16th and Indigo's 3rd- he was as cheeky as ever today! And Henry Cavill was back home fundraising at yesterday's #uglybugball and also spent a lot of time today at the park. A great Conservation Programme, a lovely staff at @durrellwildlife and one enthusiastic and lovely, handsome ambassador #cavillconservation-and an amazing cause we all should support! Well done Durrell and happy birthday to the gorillas!"


Daddy got me an #autograph from the beautiful Mr #henrycavill #jersey #hunk #superman
A photo posted by Jamie (@jloneillart) on Sep 27, 2015 at 10:30am PDT


It's important to note that today is a very special day for Henry's gorilla family at Durrell Wildlife. Just like last year, the park is celebrating the birthdays of Badongo and his son Indigo, who turn 16 and 3. What a better gift than having Superman come say hi.. 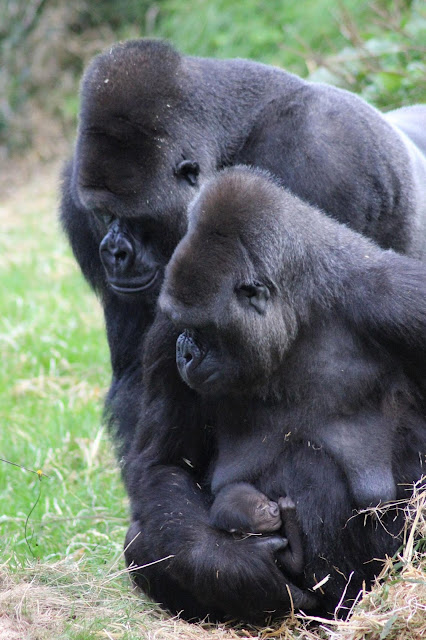 
"Happy Birthday to Indigo and Badongo!

A birthday celebration will be happening at the gorilla enclosure today at 9.30am. Are you coming to visit our gorilla family today? If not, look out for the photos next week!"


We can't wait! -- UPDATE (9/28): Here's a first look at the two birthday boys opening their presents and enjoying their cake (well, really Badongo enjoying both cakes).


Check out Charlie Wylie's great photo of Indigo checking out his birthday present yesterday! #durrellteam #gorillas #birthday #present
A photo posted by Durrell Wildlife (@durrellwildlife) on Sep 28, 2015 at 7:14am PDT

In the meantime, check out Henry's page at cavillconservation.com, where you can buy some really cool stuff (like that shirt at the top) and support him in his work to save endangered species. You can also adopt his gorilla family like Jo, who just received a letter from Henry and the charity, thanking her for her support. And don't miss Henry's message for you!

#latergram Received the above letter from #HenryCavill via his #CavillConservation team at #DurrellWildlifePark, giving thanks to my support over the last year in saving some of the most threatened animals on the planet, along with an invitation to renew my #CavillConservation Gorilla Family Adoption. I'll be posting my renewal package shortly. In the meantime, if you care about extinction, love animals and think that protecting the planet is important, you too can get involved and join Henry's family at @DurrellWildlife by clicking on the link in my bio, or go to http://cavillconservation.com/join-henry/ #HenryCavillAmbassador #JerseyCI #DrLeeDurrell
A photo posted by Henry Cavill 💎 (@cavilllicious) on Sep 26, 2015 at 11:05am PDT


http://cavillconservation.com/join-henry/ Here's my #CavillConservation Limited Renewal Pack which I got in the mail from @DurrellWildlife last Friday. It includes... . 》Exclusive new photo featuring Henry with Durrell Honorary Director Dr Lee Durrell and my adopted gorilla family in the background, signed by Henry 》Durrell Pin Badge 》Photo of 2 yr old Indigo, the youngest member of Durrell's gorilla group 》A limited edition white custom #CavillConservation Charity Wrist Band, which exclusively affirms I have made my first adoption renewal of Henry and Durrell's gorilla family. If you too would like to get involved and be a part of #CavillConservation, click on the link in my bio. #HenryCavill #DurrellWildlifePark #JerseyCI #DrLeeDurrell #2015DurrellAdoptionRenewal #HenryCavillAmbassador
A photo posted by Henry Cavill 💎 (@cavilllicious) on Sep 27, 2015 at 10:47am PDT