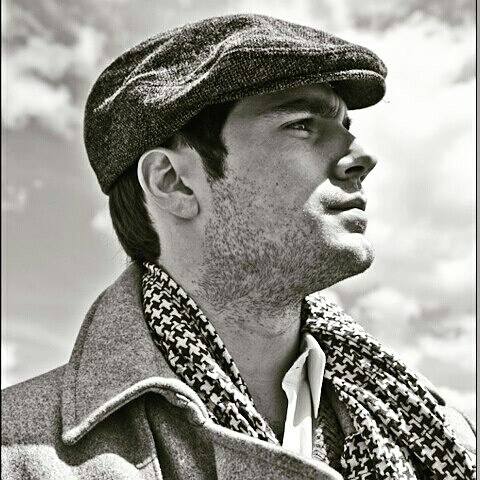 
Photographer Lorenzo Agius has just published these new outtakes from his June 2008 - Dublin, Ireland shoot with Henry for Men's Health magazine. Now this is what we call a rockin' #ThrowbackThursday! 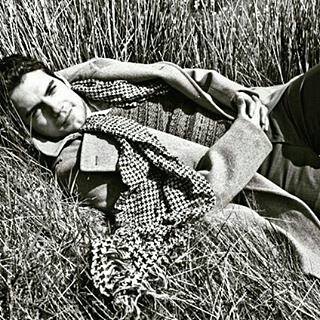 Henry was busy filming The Tudors when he gave the following interview to the magazine:

Actor Henry Cavill reveals how to travel with ease through times and time periods.

The best measure of a man is how he thrives when he’s out of his element, not in it. Just ask Henry Cavill, who maintained his cool in 16th-century garb, jousting on horseback and seducing fair maidens in the Showtime period drama The Tudors, which wrapped up its 4-season run in 2010.

The actor admits that although many of his costume pieces weigh him down, they also help him delve into his conniving character, Charles Brandon, Duke of Suffolk. “When you’re in the moment, you don’t really notice the restriction,” he says.

The 25-year-old Brit has played in enough period pieces to know how to handle himself in a pair of breeches. Before his role as court conspirator and best buddy to Henry VIII in The Tudors, he played supporting parts in the classics The Count of Monte Cristo and Tristan & Isolde. In Joel Schumacher’s 2009 film Town Creek, Cavill put aside his lance to play the lead in a modern-day horror flick.

Cavill still hasn’t secured a big blockbuster, and it’s not for lack of trying — he was short-listed for lead roles in Batman Begins and Superman Returns. But there’s time for all that. At 22, Cavill came close to landing a dream part as James Bond — a plum eventually won by Daniel Craig. Cavill still savors the memory of his audition, which included an all-day fight sequence after hours of training. “It was really painful,” he recalls, grinning. “I felt like I had been genuinely beaten up by the end of the day.”

Not that the physical challenge bothered him. As the second youngest of five brothers, Cavill is naturally drawn to hand-to-hand combat and a love of sports. “I’m from a family of six men, so I’m bound to be physical,” says the (reluctantly) retired rugby player.

These days, most of Cavill’s exploits involve traveling. A stretch from 2008-2009 mixing work and pleasure took him to four continents. In 2008, he took up residence in New York City for a month while filming a Woody Allen movie with Evan Rachel Wood and Patricia Clarkson. Then he traveled back to Dublin to continue work on The Tudors. “I never stay in one place long enough to develop a routine,” says the native of Jersey, a small island between England and France. “It can be unsettling, but I’m not complaining.”

Cavill doesn’t mind, because he knows working actors are like sharks: They need to keep moving or they’ll die. “I like to go full bore into something,” he says, sounding as resolute as the duke he played on TV. “If you have a backup plan, then you’ve already admitted defeat.”


HENRY'S HOW TO's: TIPS ON FEELING AT EASE IN THE WORLD

Cavill’s favorite places to travel are those that have the most charm and character — whether it’s the laid-back outdoor culture of Perth, Australia, or the always-frenetic pace of New York City. “I prefer a place that has a certain energy to it — something with soul and its own identity, its own vibe,” he says. “A place where people tell you they’re from, proudly.”

When he hits the road, Cavill likes to wear a comfortable sweater and cozy socks to keep his feet warm. “I’ve traveled enough on planes to realize it’s not about how you look — it’s about how you feel,” he says. The actor’s preferred in-flight entertainment? A fantasy book from his favorite author, Robert Jordan.

In his off time around Dublin, Cavill kicks back in jeans and a T-shirt or Henley topped with a leather jacket. “If it’s light, you can wear it most of the year, and it can stop you from getting drenched,” he says. As the face of Dunhill cologne, Cavill includes in his formal wardrobe plenty of Dunhill suits and the label’s cashmere-wool overcoat.
Seek Out the Local Flavors

After a long day on the set of The Tudors, Cavill liked to grab a steak at Shanahan’s on the Green and follow it up with a beer at Kehoe’s Pub. “When you go to Dublin, it’s all about Guinness,” he explains. What makes a Kehoe’s pint superior? “I’ve heard the trick of Guinness is how continuously it is poured. If the pipes in the pub are constantly working, it will always taste fresh.”

Don't miss Henry's new interview for Men's Health, as he promoted The Man from U.N.C.L.E. (now in theaters). It includes some very hot photos! #beardlove