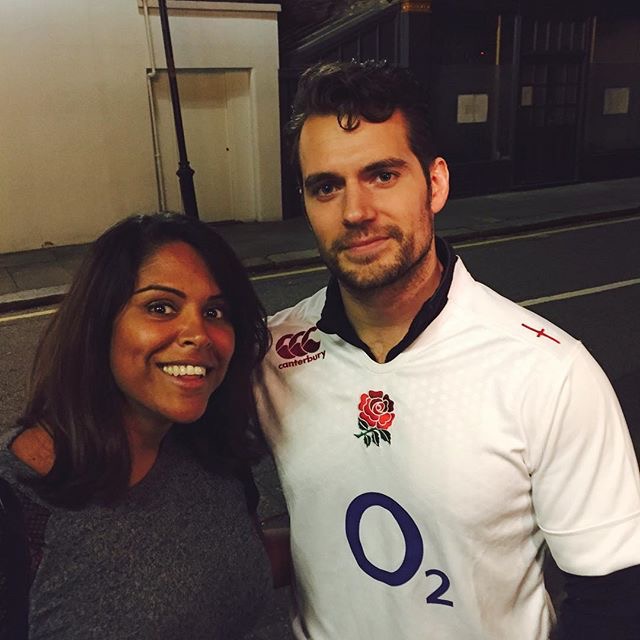 TashaGuthrie: "So I look like I've drank vodka and met Superman." 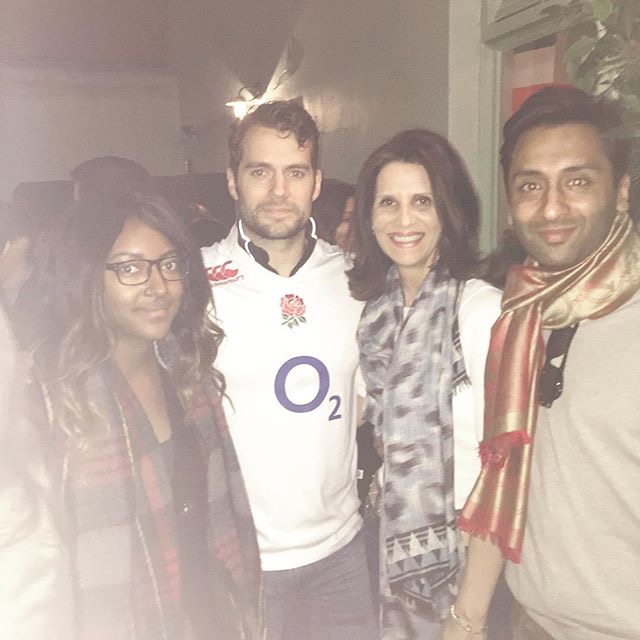 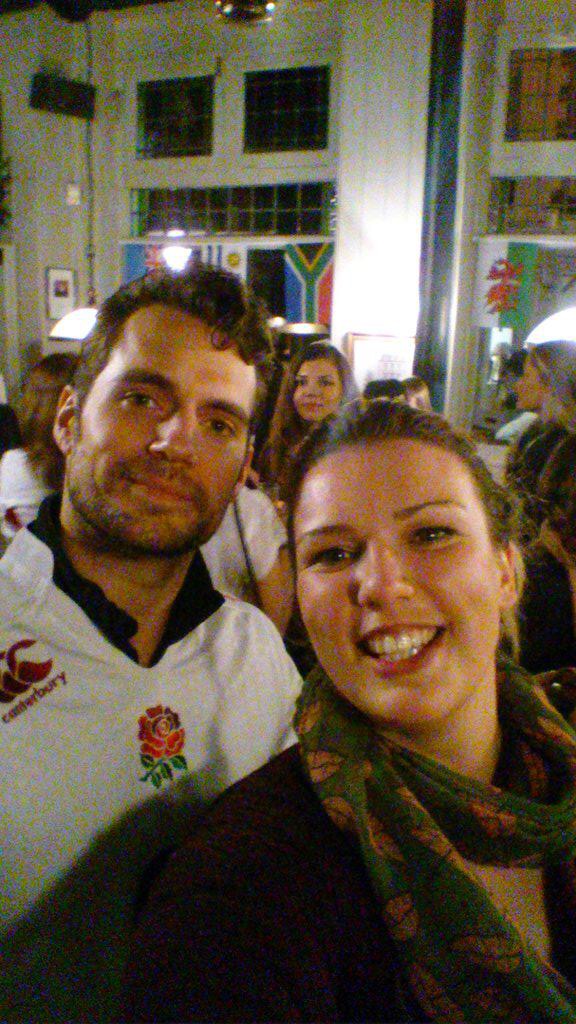 @GenyDeee: "He was very kind and stayed to chat for a minute or so. Completely unexpected and much appreciated."


That #terriblemoment you skip a night out and your friends bump into Henry Cavill 😢
— Mel Bennardo (@MadMellie) September 19, 2015


#Twickenham stadium the place to be tonight, as @EnglandRugby takes on #Fiji in the opening game of the @RugbyWorldCup 🏆 As you know #HenryCavill is a big fan of the game, showing his support for both his hometown and national teams (he talked to us about it, at the #SiamCup in May). We know he's cheering for #England tonight, let the #RWC2015 excitement begin! #carrythemhome #Superman #Rugby #ManofSteel #Support #BatmanvSuperman #JusticeLeague #ManfromUNCLE #London #RugbyWorldCup. Go England! 💪🏻
A video posted by Henry Cavill News (@henrycavillnews) on Sep 18, 2015 at 10:37am PDT

It's no secret that Henry is a huge rugby fan (he used to play when he was younger), supporting not only his hometown team at various matches including the Siam Cup in May, but also his country -- How many times have you seen him wear that beanie of his? ;)

Today we're sure he'll be cheering for England (UPDATE: New pics at the top), as the team takes on Fiji in the opening game of the Rugby World Cup.  If you want to follow the action, here's a video preview of today's matchup. The Wall Street Journal also has a really great breakdown for those of you not too familiar with the game, plus a few more pointers below.


Of course if you go by this puggle who is apparently the ultimate expert, England has the winning edge tonight (also, we bet Kal could outguess the puggle :p)..


Good luck to England, enjoy the game everyone!


We've been overwhelmed by the support of the nation, it's incredible! Keep your messages coming using #carrythemhome pic.twitter.com/u7QugRh95z
— England Rugby (@EnglandRugby) September 18, 2015 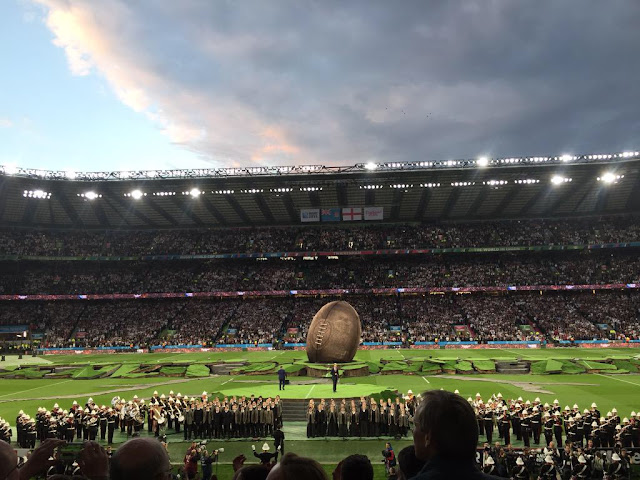 If superman flies into the Schloss to watch the Rugby then so should you... Book your space now for this Saturday 🍻🏈🏆 #RWC #ourballsarebigger #england #rugby #saturday #bodosschloss #bodosbeerfest #oktoberfest #kensington #chelsea #london #vip #superman
A photo posted by Bodo Schloss (@bodosschloss) on Sep 28, 2015 at 7:12am PDT