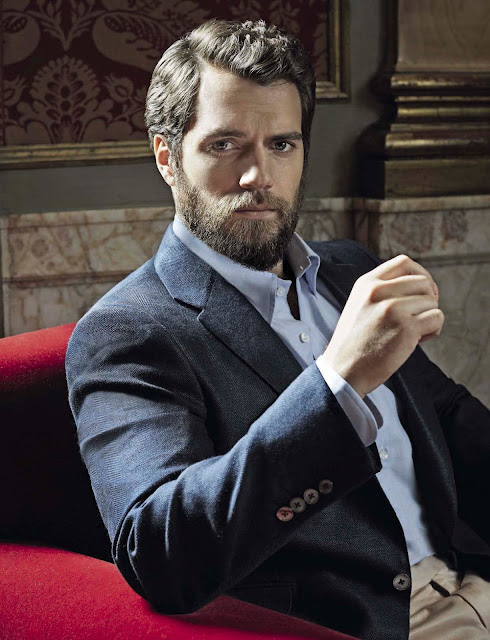 The Tracking Board is reporting that Henry is among the actors interested in starring in "The Virginian:"

Though it’s only been on the market for a mere few days, Michael Russell Gunn’s revolutionary spec is red hot and garnering attention from some A-list talent. Sources exclusive to The Tracking Board report that CAA is working to package the script with a star and is making motions to lock down territories. Our sources confirm that Michael Fassbender, Henry Cavill and Charlie Hunnam are the stars circling the historical action/drama.

Pitched in the tone of Braveheart and The Patriot, the story follows the life of George Washington, a complicated man who would rise to become the first President of the United States.

The Virginian is already into a handful of territories, including Fox, Universal, Paramount, Sony, and Warner Bros. Paradigm’s David Boxerbaum and Adrian Garcia took this one out, along with Principato-Young Entertainment’s David Gardner. The script is Gunn’s first spec, though he recently worked as an executive story editor and writer on ABC’s mystery drama series The Whispers.

It’s no wonder that some of Hollywood’s top leading men are swarming, as the script’s all the buzz around town and is a guaranteed awards contender. Presidents are always surefire Oscar bait, as recently proved by Daniel Day Lewis’s win with Lincoln. This rugged portrayal of the founding father is already attracting studio interest, but will immediately be set up and launched into priority development following an attachment (..)

Cavill is an inspired choice, having burst onto the scene playing Theseus in Immortals, and a little known character called Superman in Warner Bros.’ Man of Steel. Most recently appearing in Guy Ritchie’s spy drama The Man from U.N.C.L.E., Cavill is next starring opposite Ben Affleck for Warner’s heavily-anticipated Man of Steel-follow-up, Batman v Superman: Dawn of Justice. Oh, and he’ll also be back for a slew of sequels and spinoffs, including a Justice League film. He’s repped by CAA and United Agents.

Sounds really exciting! - Read the rest at The Tracking Board and look for more details as we get them.