Vote Now: Henry Cavill Up For 'Sexiest Man Of The Year'

It's that time again!

Glamour UK just opened up the poll for its Sexiest Man of the Year title, which is voted on by fans.

Henry was the winner in 2013, but then Jamie Dornan snatched that top spot last year. It's time we get it back to its rightful owner ;)

When we think of what makes Henry so deserving of that title, it's a lot more than meets the eye..

Get rid of the #MondayBlues with a collection of #HenryCavill's dunhill looks on the @TheManFromUNCLE press tour pic.twitter.com/7EyoXWjBNw
— Alfred Dunhill (@Alfred_Dunhill) August 17, 2015


Sure the man can wear a suit and rock a t-shirt like no other, but it's what's inside that truly makes him the sexiest as far as we're concerned. And you don't have to look any further than The Man from U.N.C.L.E. promo tour for proof..

In a new interview with People magazine, Henry calls the attention he gets as a leading man "flattering." But adds that he keeps it in perspective: "The only person I want to think that is the person who I'm planning on sharing the rest of my life with. That's the only person who really matters." 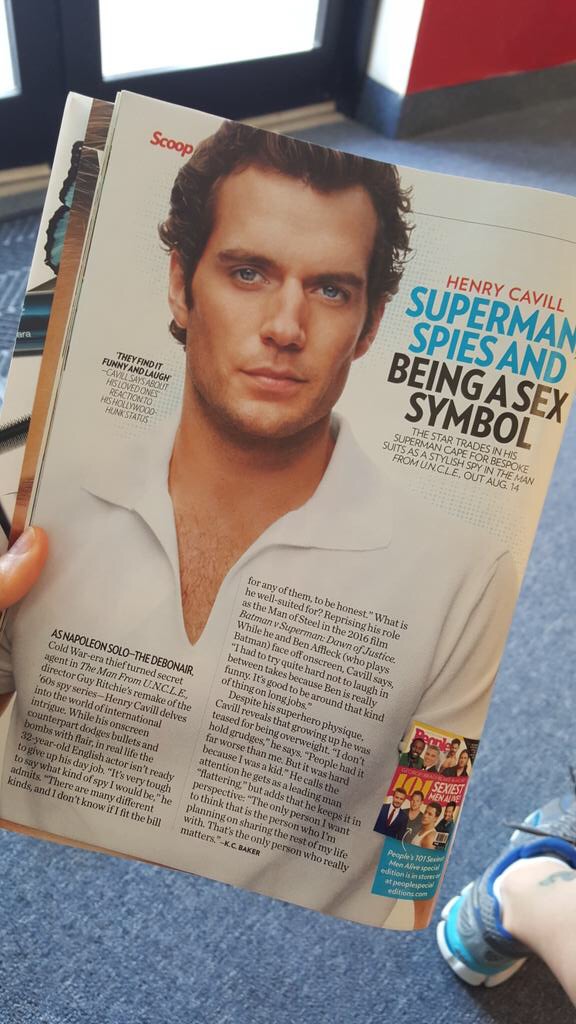 Good luck not falling hard for him after THAT quote, and if that's not enough watch him talk about how he acts when he likes a girl during our interview with him at the U.N.C.L.E. New York premiere: "I'm not very smooth."


Add to that what he told Playboy..

You’re 32. Have you reached a place in your life and career where you can look at what you’ve achieved so far and take stock of ambitions yet to be realized?


I couldn’t be happier right now where I am. Things are fantastic. I’ve got so much opportunity. I feel very, very fortunate. Life’s good and I can’t complain. I mean next stage is finding a wife and getting kids but – not getting them, having kids, hopefully. Might buy them!

That’s my headline right there. “Cavill Buys Babies.”
[Pretending he’s looking in a shop window] “Two of those ones, different colors.” That’s the next stage but I’m happy, I’m super content. But I haven’t found the right girl yet. Still looking. But, you know, it’s tough for anyone to be in a relationship with someone like me. It’s a tough lifestyle. If I want someone who’s a professional they’ve got their own shit going on.

So unless I meet someone who’s very, very young who hasn’t yet started trying a career like that, you can then go, “Okay, I’m going to travel with you and do some stuff, maybe I’ll write or whatever; I’ll entertain myself or build my own kind of travelling career.” I’m looking for someone who’s my own age and will have a career. If they haven’t then maybe I should be worried. It’s easier said than done.

You hopefully see what we mean..

What else makes Henry the sexiest?.. the fact that he's blissfully unaware of the acronyms he owns on social media. "What ever happened to I love you."


Henry's commitment to his charity work though, is what we think makes him the sexiest. 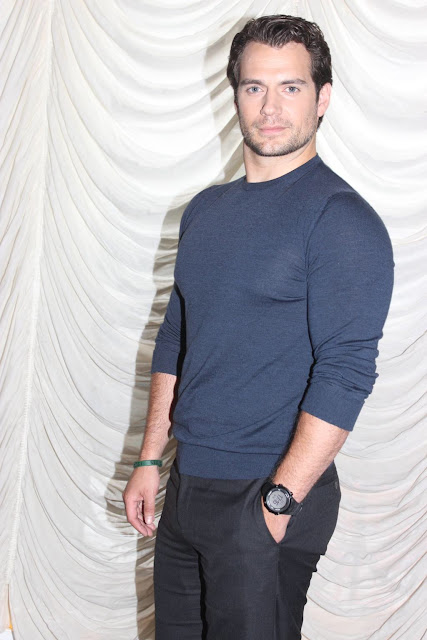 Just this past week Henry sent a message to those supporting cavillconservation.com and Durrell Wildlife, by attending the Jersey premiere of The Man from U.N.C.L.E.


And as you've seen in fan pics and photos from the promo tour, Henry is usually wearing his support for The Royal Marines Charitable Trust Fund.

So how about you vote twice?

Henry is up for a JustGiving award for his charity work and time is running out, so VOTE NOW. Then head over to Glamour UK and show your support there.

Here's to the sweetest sexy man we know!
Posted by Blog Administrator

Email ThisBlogThis!Share to TwitterShare to FacebookShare to Pinterest
Labels: Being Nice Is The Sexiest, Henry Is Such A Sweetheart, Proud Fans