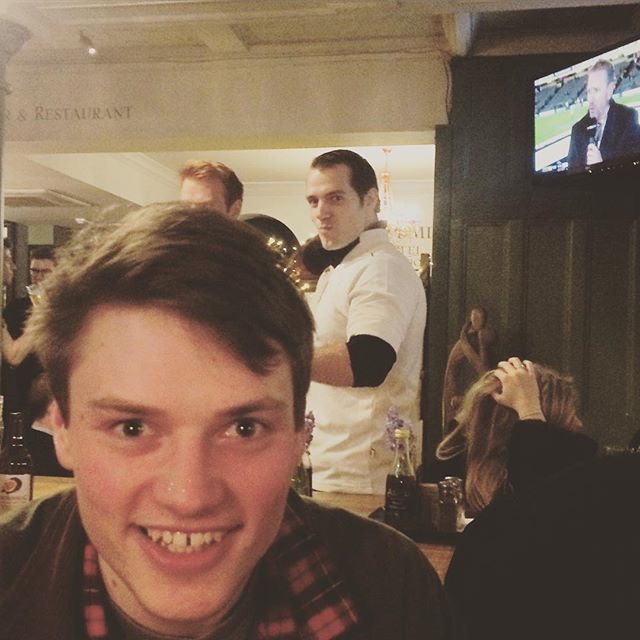 
Henry let us all know, about his excitement ahead of the Six Nations Championship a few weeks ago..


Some fresh blood in the new England squad. Let's see what Eddie Jones and the boys can do during the six nations! #englandrugby #sixnations
A photo posted by Henry Cavill (@henrycavill) on Jan 13, 2016 at 12:38pm PST

So we're not surprised to see that he was out cheering for England (and wearing his rugby jersey) in London Saturday, as the team went up against Scotland.


Been watching the rugby today in the same pub as Neville Longbottom and Superman. Life made.
— James Heywood (@JamesHeywood93) February 6, 2016

Went to the greatest pub today. Neville Longbottom was there. Henry Cavill (😍) was there. And then these dogs. pic.twitter.com/6xz37o5OnZ
— Ryan Hopkins (@RyanHopkins_) February 6, 2016


Needless to say, we are picturing Kal at that pub with those furry cuties.

It was a big win for England, which will now face the Italian team in Rome on Valentine's Day.

Thanks for sharing your fun pic, Alastair!