Just A FEW HOURS LEFT to enter to fly with me in a helicopter and attend the New York red carpet premiere of Batman v Superman! Be a superhero in real life and ENTER at omaze.com/superman, or just click the link in my bio!
A photo posted by Henry Cavill (@henrycavill) on Mar 15, 2016 at 4:30pm PDT


It was the dream of a lifetime: Henry inviting fans for a chance to fly with him by entering the Ultimate Batman v Superman experience, in part benefiting Durrell Wildlife.

This week Omaze, which ran the contest in conjunction with Warner Brothers, posted an update on what your entries meant for the winner and the charities the campaign supported.


Check out our March recap to get the details on experiences, impact & YOU our community! https://t.co/tpFXDE8FVy pic.twitter.com/lyfeLEQUIT
— Omaze (@omaze) May 2, 2016


Your donations provided 8,423 days of food for a Silverback gorilla at Durrell Wildlife, which we're sure means a lot to Henry since he adopted the gorilla family at the park (and so can you!). 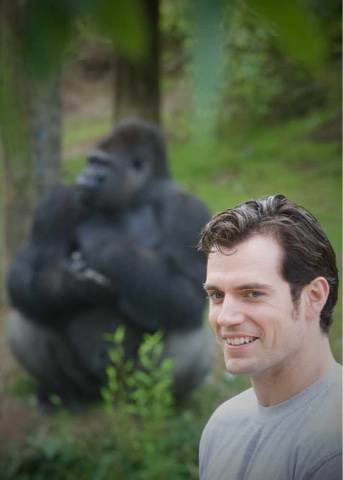 As for the winner, Jennifer was kind enough to share some of her experience with us by answering a few questions about the day she met Henry and the rest of the cast of Batman v Superman in New York.

What was your reaction when you heard you had won?

When they told me to "call my sister and tell her she's going to New York," I was so startled, all I could say was, "Are you serious?  Oh wow!" I must have said "wow" about a dozen times!  I wanted to win, of course, but I honestly wasn't prepared to actually WIN!

My first impression of Henry was that he was charming. They had come in from Mexico City only a few hours before, and I'm sure he was exhausted.  He came into the room, gave me a hug and said, "Thank you so much for coming!" What a thoughtful thing to say. Any nervousness I had completely left at that point. 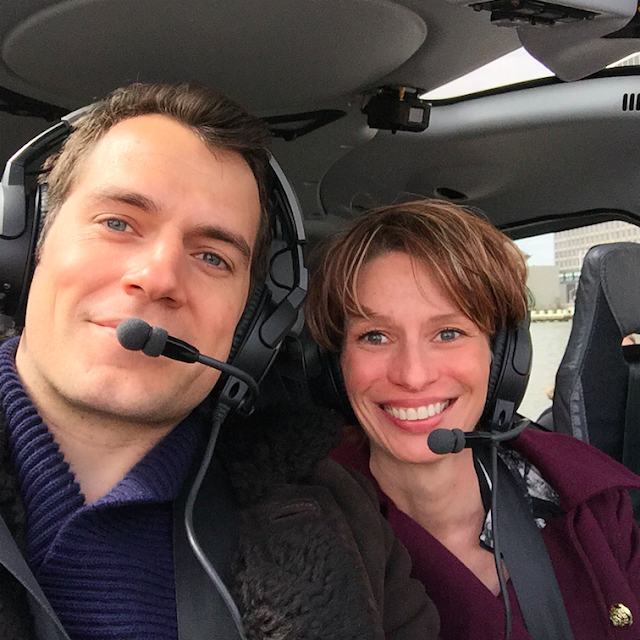 For the helicopter ride, we were taken around the Statue of Liberty and around Manhattan. It was a pretty spectacular view of the city. None of us had ever seen the Statue of Liberty from that vantage point before. It was so different seeing New York City from the air but not from the seat of an airplane, and getting to fly closer to the buildings. And of course, having Henry sitting next to me didn't hurt either!

How was it like attending the Batman v Superman world premiere in New York City?

Walking down the red carpet (or in this case, the black carpet) was pretty surreal. Hundreds of people taking pictures, interviewers from different entertainment shows and magazines and the TV cameras. And the celebrities! When we weren't taking pictures with Jesse Eisenberg and Ben Affleck, we were meeting everyone from Matthew Morrison to Will Smith! Such a great time taking pictures with Henry on the carpet. He makes everyone look good. And how can you not have fun spending the day with Superman?

A huge thanks to Jennifer for taking the time to tell fans about her special day. We're so happy for you!