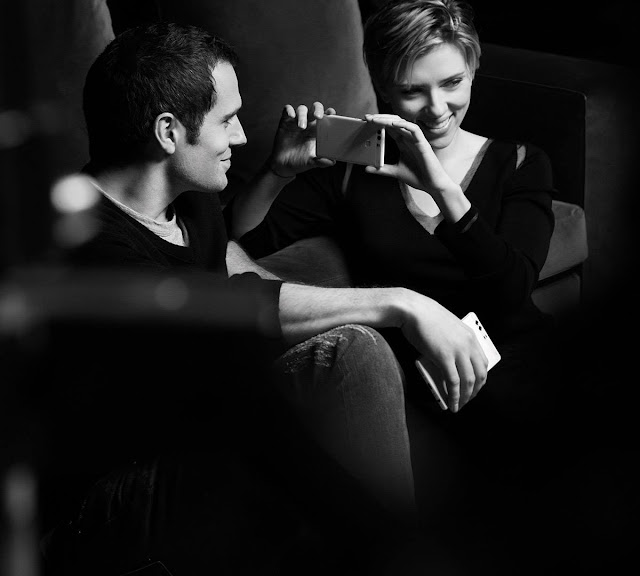 Technology brings people together, as Scarlett Johansson and Henry Cavill found with the #HuaweiP9 #OO pic.twitter.com/fT0vbBumPI
— Huawei Device (@HuaweiDevice) May 22, 2016


We're catching up on a busy week of news, following our trip to Jersey in support of Henry and The Durrell Challenge (we still have a few more things to share with you). But first, here's a newly released interview Henry did with The Huffington Post UK, as he promoted the P9 smartphone in London:

“There are a lot of things that come my way, but it really mattered to me that I cared and wanted the product to be something I would actually use.”

What is your reaction when you get the label of Sexiest Man Alive?

I don’t really have a strong reaction either way, because it’s a personal opinion. One person may say sexiest man alive, while another person may say absolutely not, he’s almost the unsexiest man alive as far as I’m concerned, so if there’s some kind of vote, we’ve only heard from the bunch of people who think one way, but there’s a whole bunch of people who aren’t being consulted. So I’m not going to sit there and think I’m pretty special. I think it’s fun, but I don’t put any real weight into it.

When are the occasions that you will absolutely not give a fan a selfie?

There are only two times when I will definitely say no and that is, at an airport because if I get stuck in an airport and the word spreads, it’s going to be complete torture for me. If I’m stuck on a flight for 10 hours with every single person going ‘Hey, can I get a photograph?’ it’s a little exhausting.

And when I’m having dinners. If I’m having dinners with friends or family, that for me is choosing to spend time with someone I care about. I will give any fan that time absolutely, but only after the meal. There’s got to be some decency.

Is there an overall plan to your career - one for the studio, one for yourself?

The ultimate plan would be making those two things the same, making one for the big studio and one for me, and those things being the same single film.

A movie which means a lot to a lot of people, tells a fantastic story, has some real heart and depth to it, and also makes a billion dollars... that, I think, is a possible thing, and that is the dream.

With all that’s super going on around you, what keeps your feet on the ground?

Family and friends every time. I have some friends still from Jersey where I grew up, and my friends tend to be dotted around the world, and my friends are also the team who work around me, and my family is part of that team, so it’s always good to have them there, just people who I respect.

If I’m exhausted and reacting badly because I’m exhausted, it’s good to have someone standing there, telling me ‘Dude, wind your neck in for two seconds.’ But, I should add, they’re kind to me, too, though. Recently I’ve been exhausted, hitting the ground running. I need to stop and appreciate the people around me, the people saying ‘It’s all right, I’ve got your back, we’ll pick up some of the slack here’ - whatever that may take, and it means a lot to me.

As you know, Henry became global ambassador for the Huawei P9 and P9 Plus last month. Since then the company has released tons of great pics, behind the scenes videos, and a fab TV ad. We're very much looking forward to whatever comes next!