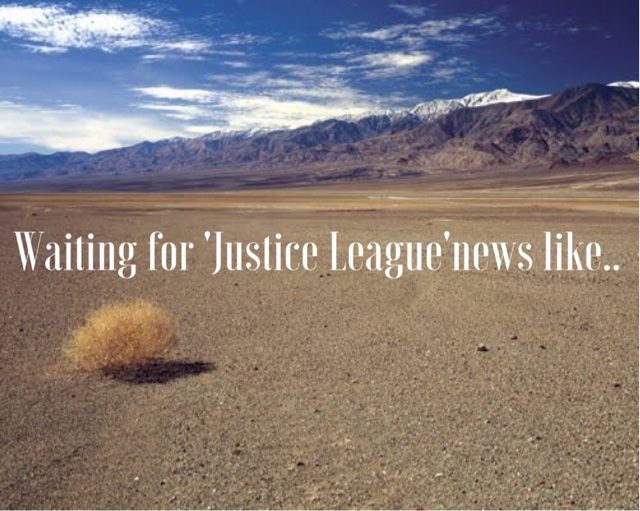 We knew updates from the Justice League set were going to be hard to come by, and sure enough we've learned pretty much zip so far. Luckily Henry has been sharing his training pics, and you can already see the Supes body starting to take shape in this new fan photo from London. We also just found out that Alfred will be appearing in the film. Showbiz 411 was first to report the news, after actor Jeremy Irons allegedly confirmed his return. His snarky remarks were a welcomed addition to Batman v Superman, and we can't wait to see him back supporting Bats on the big screen.

J.K. Simmons this week jokingly mentioned the secrecy surrounding Justice League, while talking to Seth Meyers. Hopefully we at least get official news once in a while. Or not. Prepare yourselves for the suffering that is to come..


On the positive side, we're getting closer to the release of the Batman v Superman extended version that has been (kinda) confirmed at 181 minutes. We had already heard that, but a Swedish retailer also claims the Ultimate Edition will come with TWO HOURS of extra features.. now we're talking! -- It's expected to be released sometime this summer. -- via Den of Geek


Finally, Warner Brothers has announced its expanding its studio tour to include "DC Universe: The Exhibit." Opening May 24, it will include props and more from Batman v Superman:

The exhibit also showcases “Batman v Superman: Dawn of Justice” through an interactive experience, paying homage to the original “Super Hero,” Superman, and nocturnal crime-fighter, Batman. Guests will have the opportunity to get up close to Kryptonite, Superman’s sole weakness. Inserting their hands into a pair of gloves, inside a case holding the element, they will mirror Lex Luthor (played in the film by Jesse Eisenberg) and his kryptonite case featured in “Batman v Superman: Dawn of Justice.” Additionally, guests can see striking Superman, Batman and Wonder Woman costumes, as well as the authentic costumes of Lois, Clark, Alfred, and Bruce Wayne, original Bat Lab in the Bat Cave set pieces, and much more.

You know we're paying them a visit and will report back!
Posted by Blog Administrator