MTV Fandom Awards: Tumblr, Time For You To Represent! 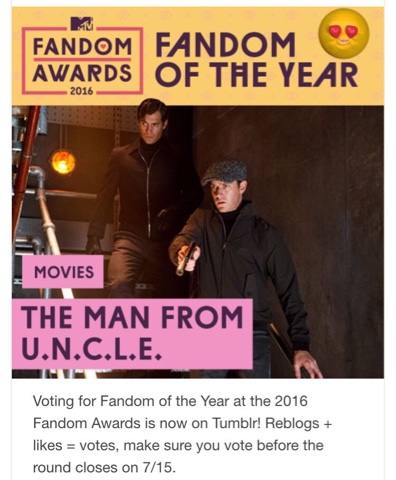 You guys have come through! (never doubted that).

The Man from U.N.C.L.E. fandom has advanced to round 2 of MTV's Fandom Awards. If you're just catching up, we're nominated for "Fandom of the Year," with the first round of voting held on Facebook.

If you didn't get a chance to check how that initial voting tally went, we got more shares than Star Wars and Deadpool. That tells you just how much each one of you mattered. Thanks so much.

But there is no time to relax, voting has now moved to Tumblr, and it closes on Friday. We know how many Henry fans are on there..


Please show the cast and crew of The Man from U.N.C.L.E. how much you loved the film and VOTE. 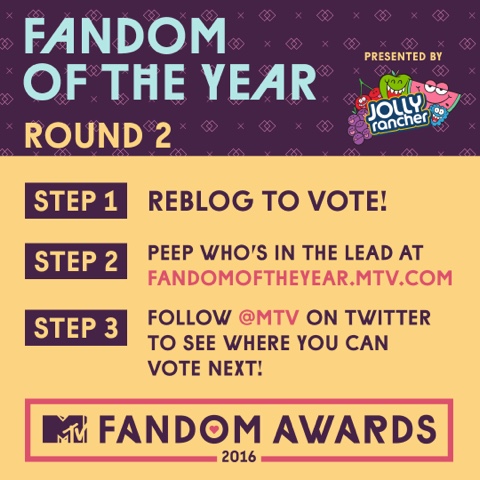 MTV reaches millions of people around the world, so this is the time to show your support for the film and Henry. In our opinion The Man from U.N.C.L.E. is one of his best performances, help us spread the love for his role as Solo. The same goes for Armie Hammer fans, Alicia Vikander fans, Hugh Grant fans, and Guy Ritchie fans. U.N.C.L.E. is the underdog, but we know you can pull it off Tumblr.

Let's get to the next round! -- PLEASE VOTE. 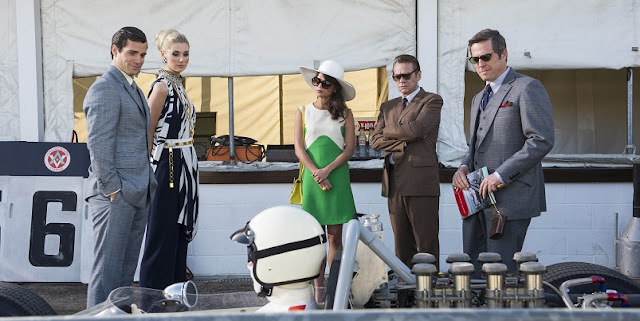 
UPDATE (7/15): The Man from U.N.C.L.E. did not get enough votes to advance to the next round, but we weren't last either! -- That was a good push, and really showed just how much you guys love Henry's film. Thanks for taking the time to vote. We represented!
Posted by Blog Administrator