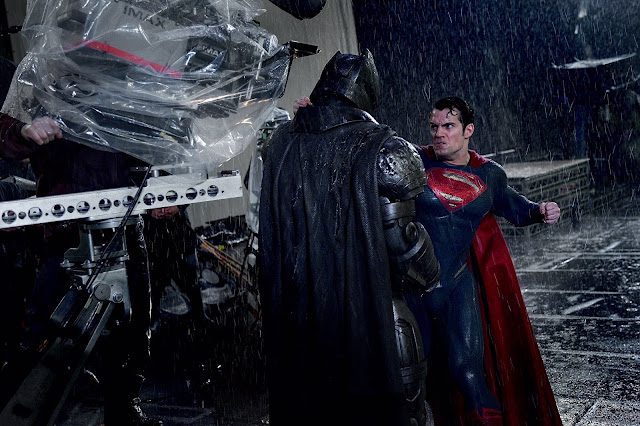 Less than two weeks to go, before the craziness that is Comic-Con invades the San Diego convention center. Earlier this week, organizers revealed that Batman v Superman will offer fans a chance to visit Heroes Park. And today the studio made it official, giving fans the heads up about the fun snaps on the way.


We're not surprised that Batman v Superman will have a presence at Comic-Con, since the film is set to be released on home video July 19, just a day before preview night. That should ensure a lot of buzz surrounding Warner Brothers, which is also set to promote Suicide Squad and Wonder Woman in San Diego. Of course we're also totally expecting them to surprise the masses with a Justice League preview. Look for daily updates!

In the meantime, we'll be here watching Stoney eat his Superman cereal. Cutest thing ever.


Stoney enjoying Superman cereal. Don't mind the dog bone that he brought to the table with him. 😳
#supermancereal pic.twitter.com/n4Z6kCt5G6
— shayna parsons (@daycares1) June 30, 2016