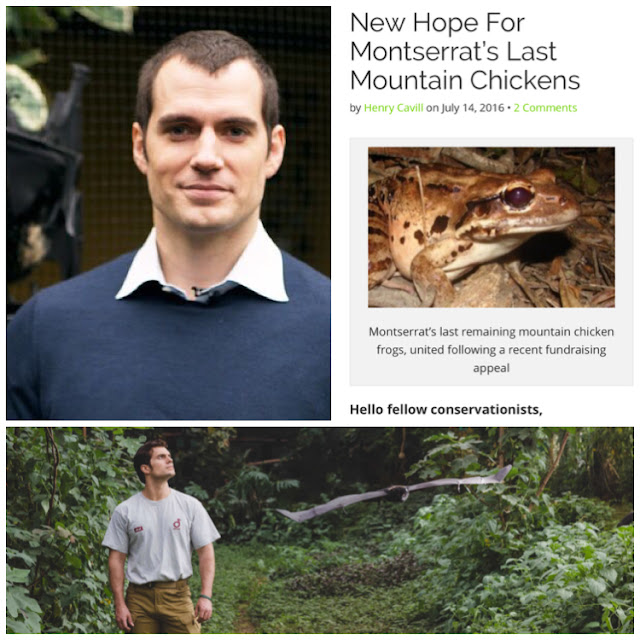 Henry first told us about the mission to reunite the last two Mountain Chicken frogs back in February, reaching out to his supporters for help to raise funds for the project. Today he shared an exciting update!

Read his post at cavillconservation.com and leave you message of support.

And if you haven't already done so, please nominate Henry for a Just Giving award. His recent involvement in The Durrell Challenge raised valuable funds for the charity which he represents.

He deserves to be shortlisted, and the nomination would spread the word about Durrell's incredible work around the world.

Thanks so much!
Posted by Blog Administrator